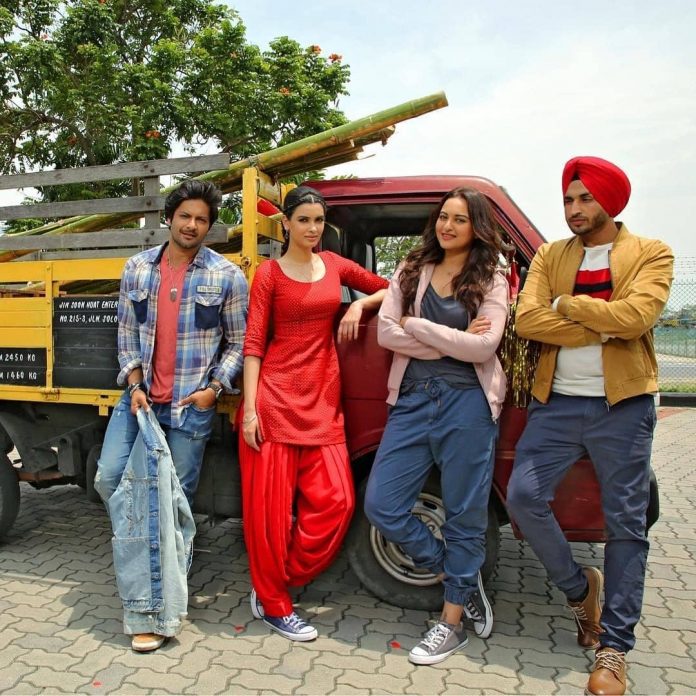 The film Happy Bhag Jayegi was a successful film released in 2016 and was a story about a bride in Amritsar who ran away from her wedding to get married to the one she loved. However, the girl lands up at a politician’s house in Pakistan by mistake. The film had Diana Penty as the lead actress but this time it is Sonakshi Sinha in the lead. Diana has reprised her role in a cameo while Sonakshi plays Harpreet AKA Happy. The sequel Happy Phirr Bhag Jayegi is written and directed by Mudassar Aziz who has taken feedbacks from the earlier film.

The characters in the film look bolder and more confident as if they know what the future has got in store for them. The addition of new characters has made it even more interesting for the audience. The story has two Happys Sonakshi and Diana who land in Shanghai (China) at the same time. The director has managed to blend some funny Punjabi dialogue in the Chinese backdrop of the flick which comes out hilarious. Sonakshi has done well with a free spirited character while, Diana has done good justice to her role despite being a cameo. But the one who has stood out in terms of comedy timings is Jimmy Shergill who had earlier given a good glimpse of his comic abilities in the film Tanu Weds Manu.

Aparshakti Khurrana has a brief role but has managed to make a good impact. Happy Phirr Bhag Jayegi is as good as Happy Bhag Jayegi and also has good music. The songs have made a good impact to the story process. A few times the humour becomes a little over-the-top but it does help in a laugh riot comedy.