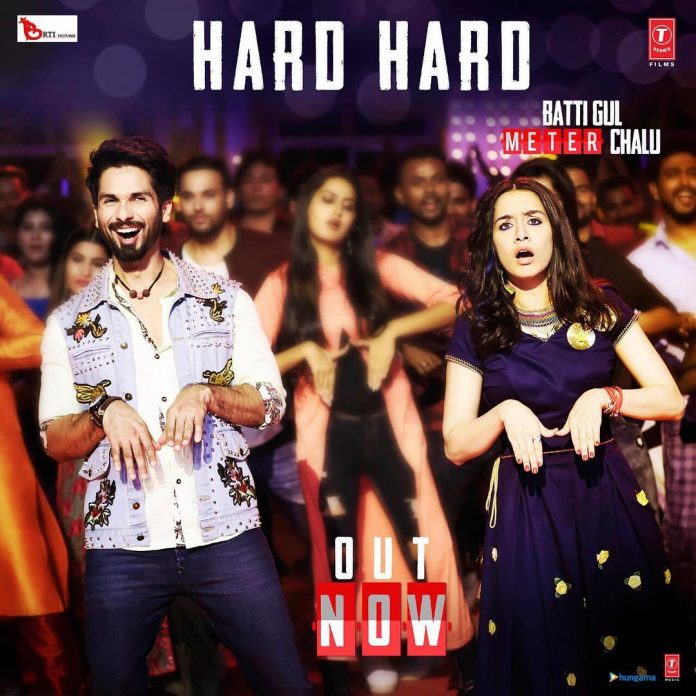 Shahid Kapoor has always impressed the audience with his cool dance moves. The actor is back showing off some cool moves in the song Hard Hard from the upcoming flick Batti Gul Meter Chalu. The peppy track also features Shraddha Kapoor who matches steps with Shahid.

The track has some quirky lyrics and is crooned by Mika Singh, Sachet Tandon and Prakriti Kakar. The music has been composed by Sachet-Parampara and the lyrics have been written by Siddharth-Garima. The film Batti Gul Meter Chalu is directed by Shree Narayan Singh of Toilet Ek Prem Katha fame and is produced by Krishan Kumar, Bhushan Kumar, Shree Narayan Singh, Nitin Chandrachud, Kusum Arora and Nishant Pitti.

Shahid in a recent interview talked about the film and said, “Making such films and bringing them to a wider audience is of utmost importance. It is then not just entertainment but also a responsibility on a more human level. That’s why I feel very proud that I got this opportunity.”

Apart from Shahid and Shraddha, the film also features Yami Gautam who will be seen playing the role of a lawyer. The film is a story about the electricity issues in the rural areas in India and will be released in theatres on September 21, 2018.