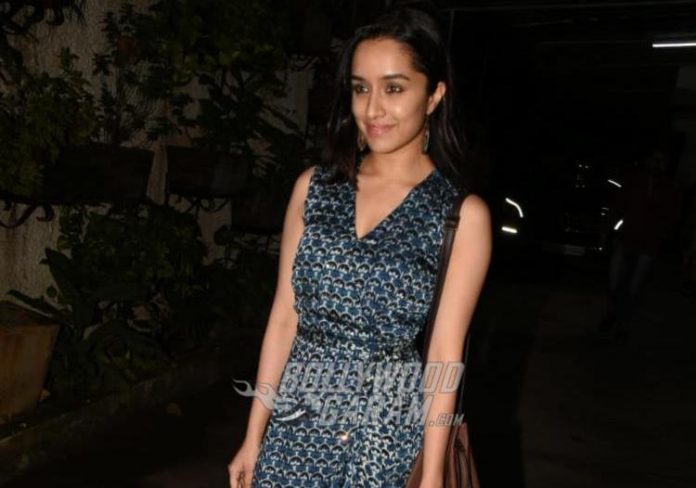 Shraddha Kapoor is one of the busiest actors in Bollywood as she is busy promoting two of her upcoming films Stree and Batti Gul meter Chalu. A biopic on Badminton player Saina Nehwal was planned since a long time with Shraddha in the lead, but there were reports that the film was shelved. However, the actress in an interview has clarified that she will begin shooting for the film in September, 2018.

Saina Nehwal had created history when she brought the first individual medal for India in 36 years for Women’s Badminton at the Asian Games in Jakarta. Shraddha during the interview had said that she has been training in Badminton. The actress added, “It’s a difficult sport, very challenging, but I’m enjoying myself. I’ve already taken 38–40 classes, but there’s still a long way to go which is why even though we start filming next month, we will shoot the badminton scenes only early next year.”

On the work front Shraddha is these days busy with the filming of the multi-lingual flick Saaho opposite the Baahubali star Prabhas. The Aashiqui 2 actress while talking about her Saaho co-star said that he is one of the simplest people she has ever met. Shraddha Kapoor is currently looking forward for the release of Stree which will be releasing on August 31, 2018.