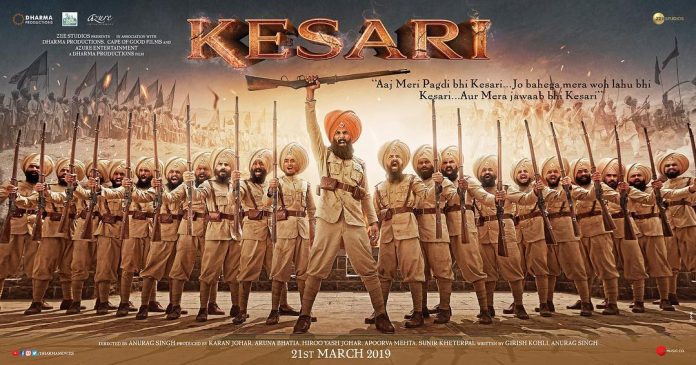 The poster release day marks the Saragarhi Day, celebrated in honor of the sacrifices that were made by 21 Sikh soldiers who fought with an army of more than 10,000 Afghans on September 12, 1897. Akshay shared the first poster of the film through his official Twitter account and wrote, “On #SaragarhiDay, here’s the first look of #KESARI – our humble tribute to the martyrs of Saragarhi! ‘Aaj meri pagdi bhi Kesari…Jo bahega mera woh lahu bhi Kesari… Aur mera jawaab bhi Kesari.”

Actress Parineeti Chopra, who will also be playing one of the leads in the film shared the posters on the social media and wrote, “On #SaragarhiDay, here’s the first look of #KESARI – our humble tribute to the martyrs of Saragarhi!” The film is produced by Dharma Productions and is directed by Anurag Singh. Akshay was last seen in the film GOld which also starred Mouni Roy and Amit Sadh.