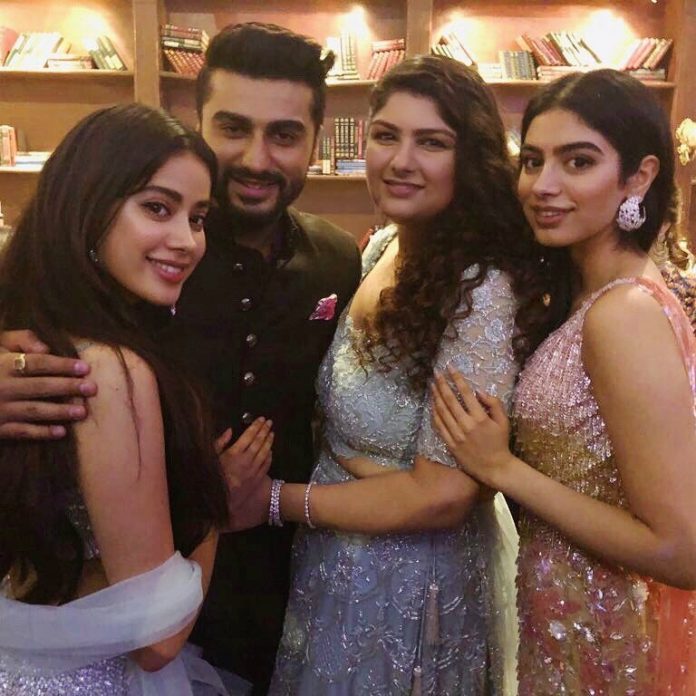 Ever since the death of the veteran actress Sridevi, half siblings Arjun Kapoor, Anshula Kapoor, Janhvi Kapoor and Khushi Kapoor have come closer. Arjun being the eldest one has tried his best to console sisters Janhvi and Khushi after the death of their mother. Now that Karan Johar is all set with the new season of his chat show Koffee With Karan, Arjun and Janhvi will be coming together for the first time on-screen on the chat show.

The show will be returning with the sixth season and Arjun and Janhvi are expected to shoot for the episode in the upcoming week. The Kapoor siblings will be one of the first celebrities of the season. It will be a treat for the audience to watch their actual family chemistry on screen. It will also be interesting for the audience to watch them fight for the Koffee hamper by answering the rapid fire questions by Karan.

Ever since Karan announced the new season of his show, the audience have been speculating about the expected guest list of the show. Going by the reports, Anushka Sharma and Virat Kohli might also be one of the guests on the show. In the previous season, Shahid Kapoor and Mira Rajput’s appearance was the highlight.