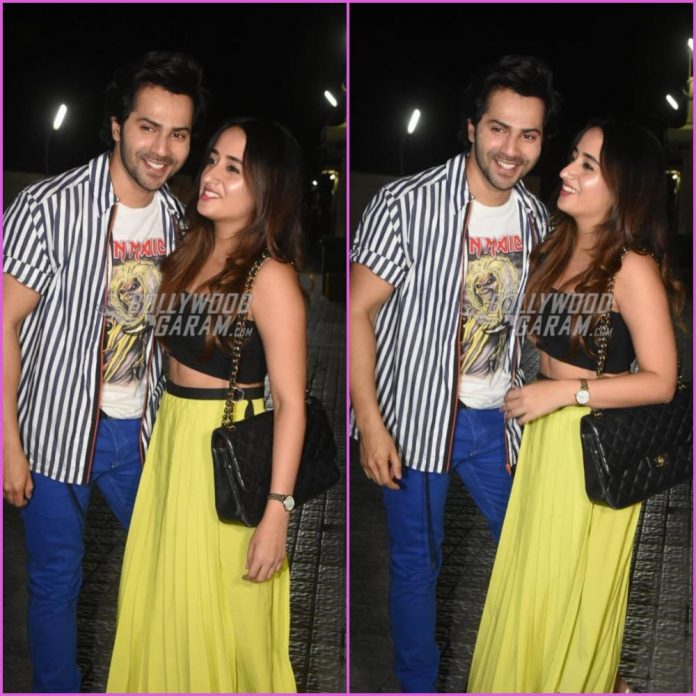 Makers of the film Sui Dhaaga – Made In India hosted a premiere event of the film in Mumbai on September 27, 2018. The screening event saw the presence of lead actor Varun Dhawan with his girlfriend Natasha Dalal.

The couple looked adorable in the company of each other and was all smiles and poses for the cameras. Varun looked dapper on a in a graphic t-shirt, blue pants and a striped shirt while girlfriend Natasha looked pretty in a black tube top with a green skirt.

The Dilwale actor in a recent interview, talked about Natasha and said that they have been together since a long time and are family to each other. Varun also shared that they were in school together and that they have a deep connection. The Badrinath Ki Dulhania actor also credited girlfriend Natasha for helping him select films like Badlapur and October.

Varun also expressed that he would soon love to get married and would do it at the right time.