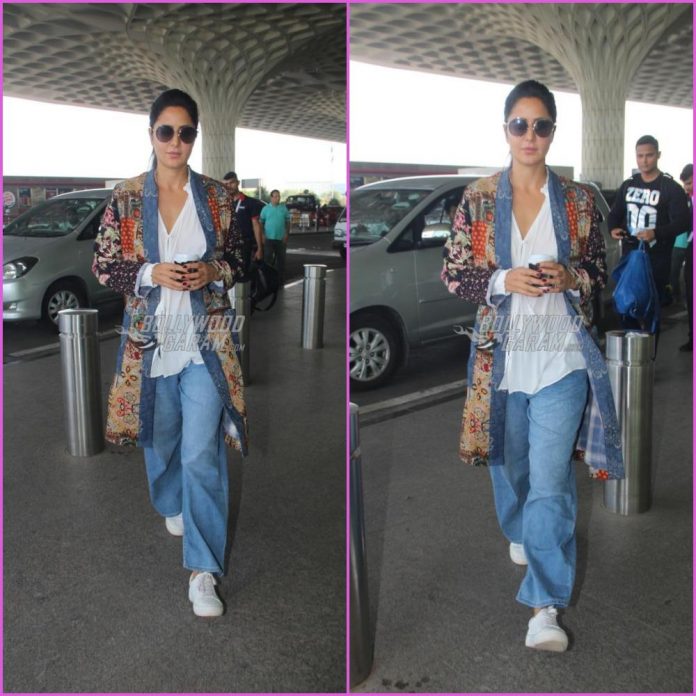 Despite festive time, Katrina Kaif is having a busy time shooting. Her film Thugs of Hindostan released on November 8, 2018 and is also shooting for the film Zero. The Tiger Zinda Hai actress was snapped at the Mumbai airport on November 9, 2018. Katrina looked cool in a white top, a pair of loose fitted denims and a multi-colored jacket and completed her look with round black sunglasses.

Kaif is currently busy shooting for Zero, which also stars Shah Rukh Khan and Anushka Sharma and will be released in theatres on December 21, 2018. Her recently released flick Thugs of Hindostan also stars Aamir Khan, Amitabh Bachchan and Fatima Sana Sheikh in lead roles and has received a massive opening at the box office.

Overall, Katrina is a part of some of the biggest projects in Bollywood. The actress is seen playing a the role of Suraiyya, who is a seductive dancer. In Zero, Katrina will be seen playing a stunning actress Babita Kumari.