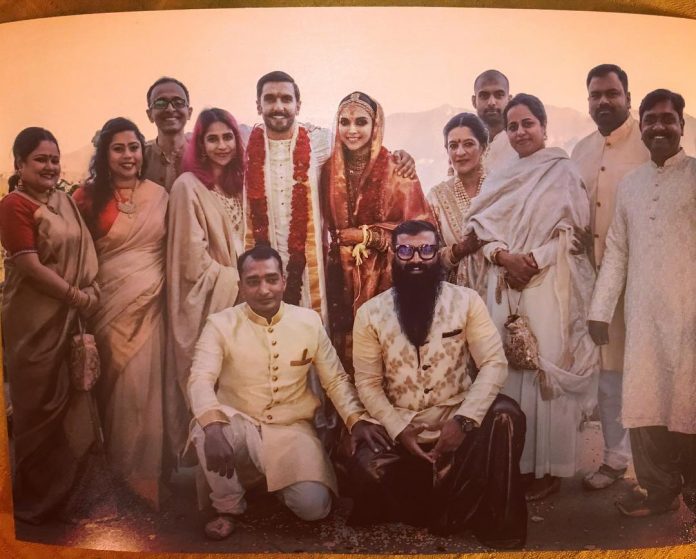 The first official wedding pictures of Deepika Padukone and Ranveer Singh became viral on the internet as soon as they were posted by the newly-weds. With just two of the official pictures revealed, the fans were demanding for more pictures to be release. This is when their team posted another picture with the newly-weds.

Singh along with his friend and family brought his baraat while dancing to the 90s songs of Govinda. The couple later released the official photographs from the wedding and the two indeed looks gorgeous together. Ranveer Singh’s stylish Nitasha Gaurav took her Instagram account to share a picture after the Konkani ceremony and wrote, “Us and ours #MrsandMrRanveerSingh #deepveerkishaadi #ranveerkishaadi”. In the picture, Deepika and Ranveer can be seen posing with Ranveer’s stylish Nitasha, Susan who is Ranveer’s Manager, Pritiwish who is his publicist and Darshan his hair stylish. The picture also has Singh’s mother Anju Bhavnani.