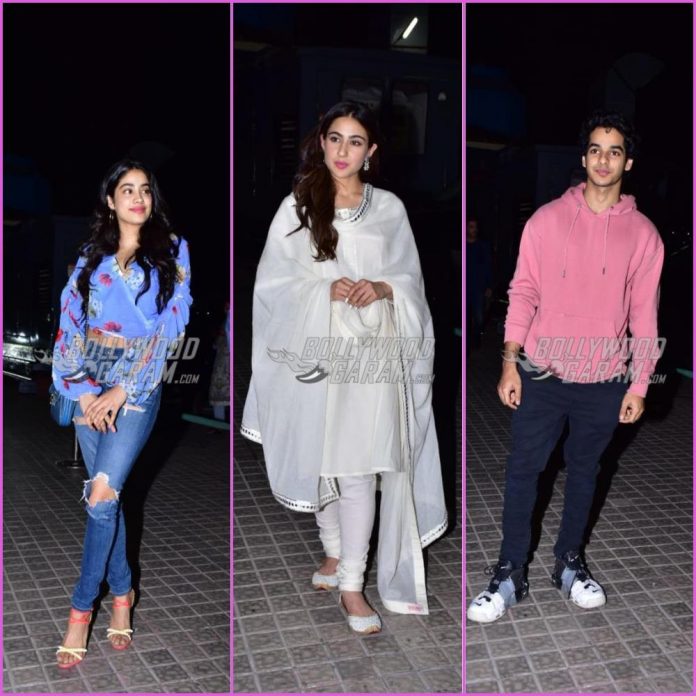 With just a day left for the release of the film Kedarnath, makers of the film hosted a screening event for friends and colleagues from the industry on December 5, 2018. The screening event saw a young crowd including Ishaan Khatter, Ananya Panday, Janhvi Kapoor, Yami Gautam and off-course the leading lady of the film Sara Ali Khan.

Kedarnath has Sara and Sushant Singh Rajput in lead roles and has been in news for various reasons in recent times. After hitting enough of speed breakers and obstacles, the film is finally ready for a release on December 7, 2018. The film is a story around the 2013 Uttarakhand floods.

Sara has been receiving a lot of praises for her performance as seen in the official trailer. The star kid appeared in a simple off-white ethnic outfit and was all smiles and poses for the paparazzi at the screening venue. Close friends Janhvi, Khushi and Ananya were seen in casuals.

Sara will be making her debut in Bollywood with Kedarnath and her next release will be on December 28, 2018 with Simmba opposite Ranveer Singh.