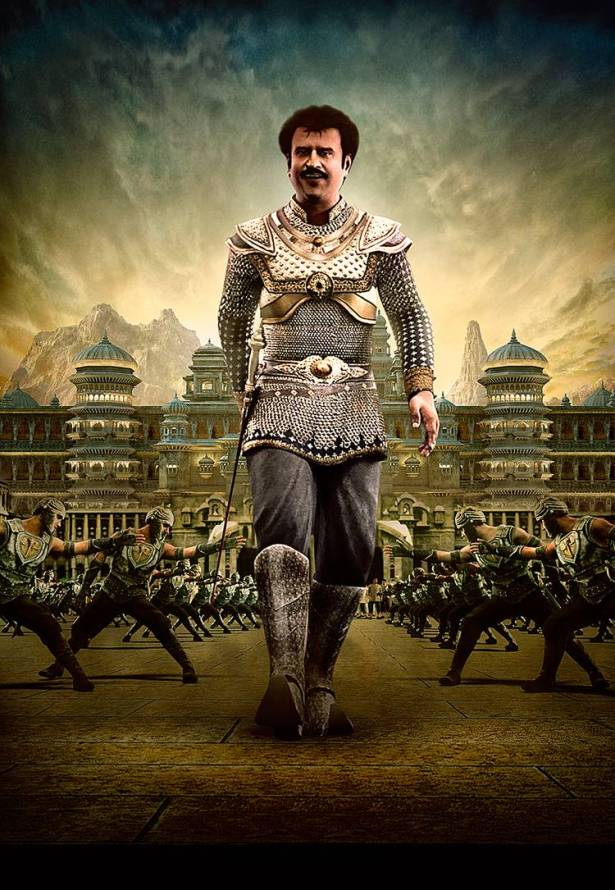 South Super star Rajinikanth is all set to make a come-back to movies with the upcoming flick ‘Kochadaiiyaan- The Legend’. Since the making of the movie, it has been making news for its interesting subject and also the return of the great superstar.

The makers have now revealed that the movie is all set to hit the theatres in December 2013. Rajinikanth in the movie will be seen as the archetypal superhero . The story is a dramatization of the good versus the evil. The movie has been filed at the Pinewood Studios in the UK whch is the same studio where the movie ‘Harry Potter’ was filmed .

The crew of the movie also included the technical team who has worked on the projects like Brad Pitt’s World War Z and ‘Pirates of The Caribbean’. The movie will also boast some of the cutting edge Motion Capturing with Photorealistic Technology and will be equivalent to the technologies which were used during the making of the Hollywood movies like ‘Avatar’, ‘TinTin’ and ‘Beowulf’.

The megastar in the movie will play a dual role along with Deepika Padukone , who will be paired opposite the younger character. The other stars in the movie include Jackie Shroff and R Sarathkumar.