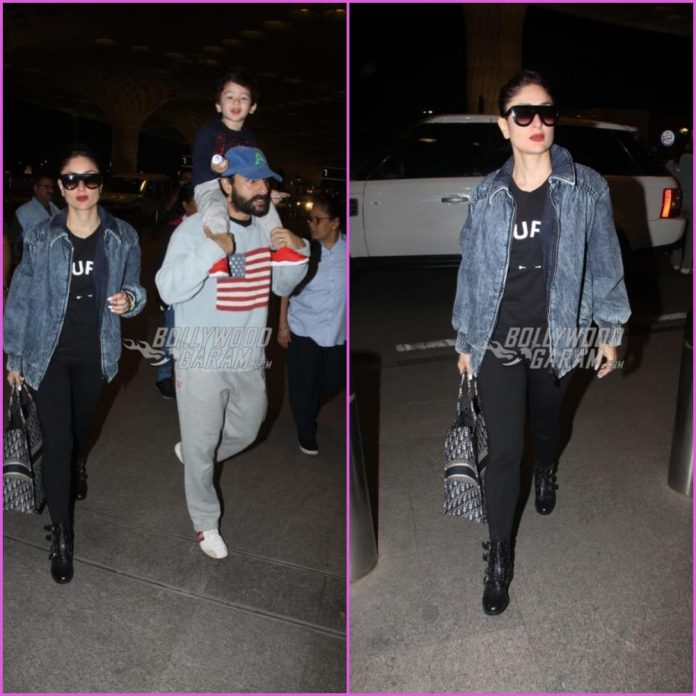 Once again, Taimur will be celebrating his birthday out of Mumbai. Last week Saif and Kareena had thrown a pre-birthday bash for Taimur in Mumbai. With his birthday fast approaching, the family is now off to South Africa for a family getaway. The little star kid will turn two years old on December 20, 2018. The family was seen in the wee hours of the morning.

Kareena Kapoor as usual looked trendy in a black t-shirt, black denims and a blue denim jacket while Saif was seen in a grey track pant and a grey pullover while Taimur was seen riding on the shoulders of his father. The little one seemed in a jolly mood and was all smiles for the paparazzi and enjoyed their attention.

Kareena will soon begin shooting for the upcoming film Good News which is helmed by Raj Mehta. Saif Ali Khan is shooting for the second season of the web series Sacred Games. The first season of the web series gained quite a lot of attention from the audience and became popular. Saif is being appreciated for his performance as Sartaj Singh. The actor was last seen in the film Baazaar.