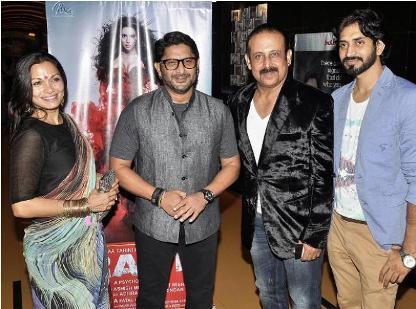 Upcoming Bollywood movie ‘Raqt’ was recently premiered at a star studded event by hosts Ashish and Amit Mishra. The director duo of the movie was congratulated by actor Arshad Warsi who attended the premiere along with his wife Maria Goretti.