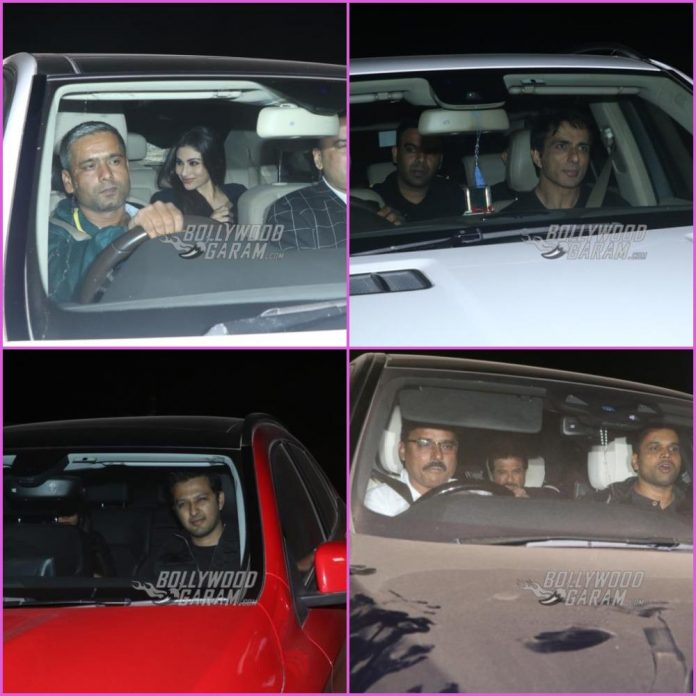 The Panvel farm house is the favourite spot for superstar Salman Khan to celebrate his birthday. The actor had a might night birthday celebration at the farmhouse amidst friends and family members in Mumbai on December 26, 2018. The actor turned 53 years old on December 27, 2018.

The mid night birthday bash saw the attendance of the Who’s Who of Bollywood including Sonakshi Sinha, Anil Kapoor, Mouni Roy, Sushmita Sen, Katrina Kaif, Sunil Grover, Sohail Khan, Bobby Deol, Vatsal Sheth, Kriti Sanon, Dino Morea, Jacqueline Fernandez and others. Everyone at the bash seemed excited and happy as they smiled for the paparazzi.

Seems like, Salman Khan’s birthday is going to be a fun time for the Khan family along with friends and colleagues. Brother Arbaaz Khan wasn’t seen but Sohail made it to the party. While the day has just begun, it is surely going to be a fun packed day.

On the work front, Salman will be seen in the upcoming film Bharat, which is directed by Ali Abbas Zafar. The star is currently busy shooting for the reality show Bigg Boss as the host for the season 12. The finale of the show is due in the upcoming weekend.