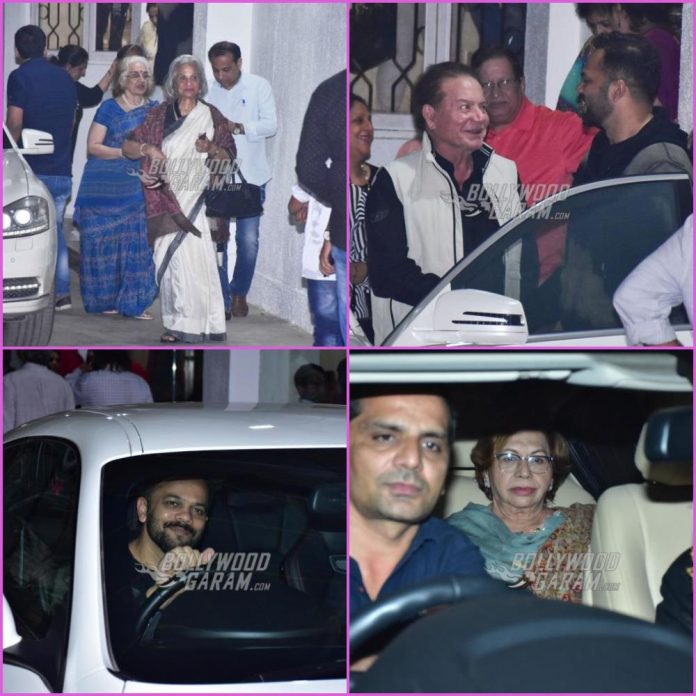 Rohit was seen greeting Salim Khan and his wife Salma Khan as they arrived for the screening. Waheeda Rehman was seen arriving with Asha Parekh. The Ranveer Singh and Sara Ali Khan starrer flick hit the theatres on December 27, 2019 and managed to cross the Rs. 100 crore mark at the box office in just five days.

The film has become Rohit Shetty’s eight film to cross the Rs. 100 crores and has made him one of the most bankable directors in the industry. Shetty has earlier directed some of the blockbuster films like Chennai Express, Golmaal Again, Singham, Golmaal 3, Bol Bachchan, Dilwale and Singham Returns.

Simmba has received positive reviews from the critics as well as the audience and also stars Sonu Sood and Ashutosh Rana in important roles.