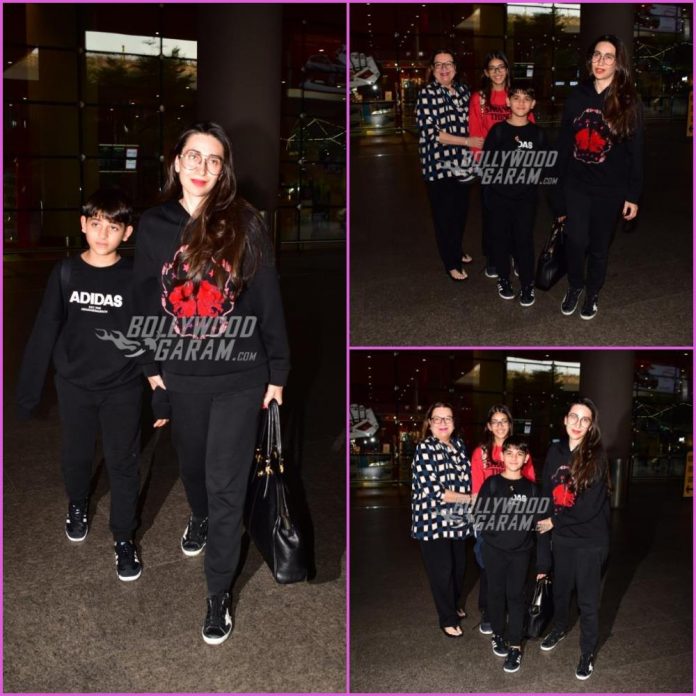 Bollywood actress Karisma Kapoor welcomed the New Year 2019 with her children Samiera and Kiaan Raj Kapoor and mother Babita Kapoor in Dubai. The family was snapped at the Mumbai airport as they returned from Dubai on January 2, 2019. Karisma along with her mother and children had a great time at Burj Khalifa and the actress shared several special moments from the holiday on her Instagram page.

The family was all smiles and poses as they made their way out of the airport. Karisma had shared a picture while she posed at the backdrop of Burj Khalifa and captioned the image, “Looking ahead… Happy new year all #2019 #dubai”. The actress had also posted a picture of herself with her kids on the 148th floor of Burj Khalifa and captioned, “Happy new year from on top of the world ! #148thfloor #burjkhalifa #tallestbuildingintheworld #dubai #thisisus #holidays #2019”. Karisma was recently seen in a special appearance in the film Zero which starred Shah Rukh Khan, Anushka Sharma and Katrina Kaif. The film was directed by Anand L Rai and was released in theatres on December 21, 2018.