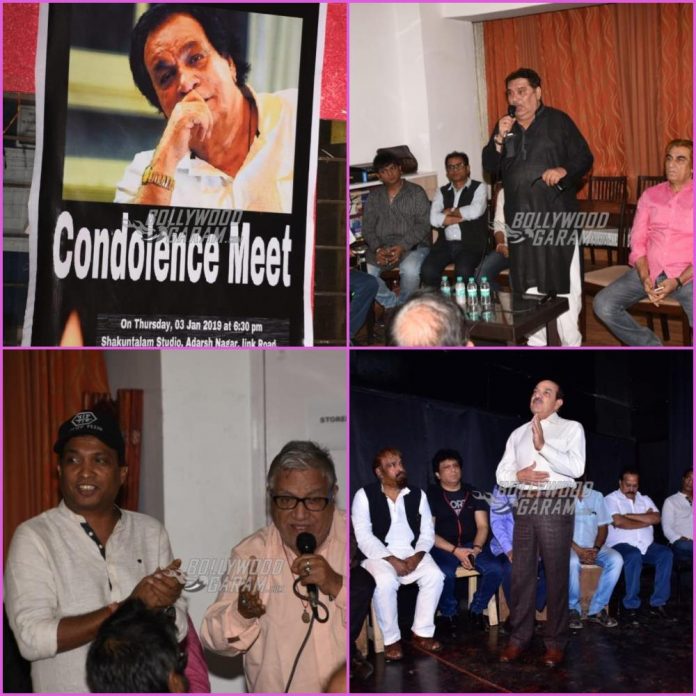 Bollywood comedian and actor, Kader Khan passed left for a heavenly abode on December 31, 2018. The funeral rites of the actor was performed in Toronto, Canada and was attended by just the close family members. While the actor was buried at a cemetery in Toronto, friends and colleagues o the star in Bollywood gathered for a condolence meet held in Mumbai on January 3, 2019.

The condolence meet was attended by some of the close friends of the actor including Vimal Kumar, Rajesh Bhatt, Mahel Kumar, comedian Sunil Pal and many more. Mr Khan was not just a sincere actor but was also a dialogue writer. Sunil Pal while talking about the comedian at the condolence meet said, “For comedians, Kader Khan wasn’t just a phase or star, he was like a vast sky. My relationship with him was of an audience. I have watched his films since childhood. It didn’t matter to me who the hero was, I watched the films because of Kader Khan. Kader Khan was a pillar of comedy; he was the sky of comedy, he never made anyone cry.”

The actor passed away after prolonged illness and was suffering from supranuclear Palsy which is a degenerative disease. Kader Khan was hospitalized in Canada on December 28, 2018.