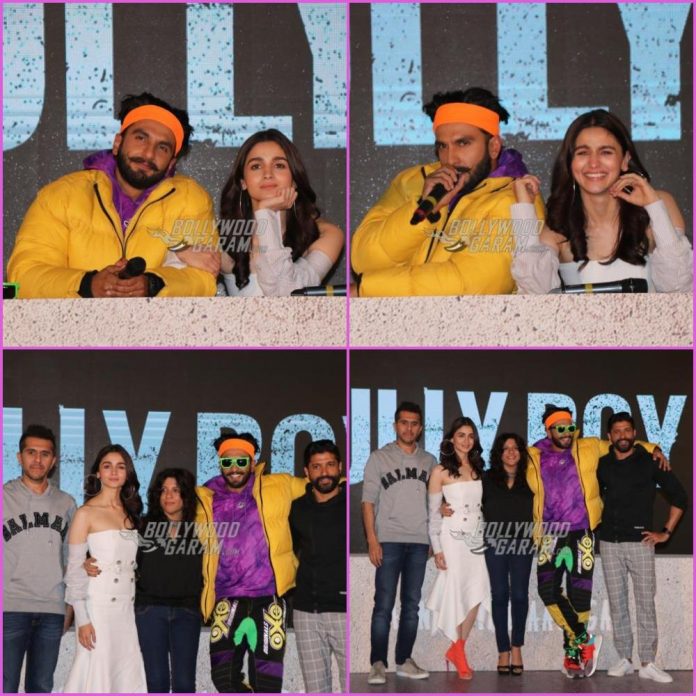 Gully Boy is directed by Zoya and is produced by Farhan and Ritesh Sidhwani. The film is based on the underground rap music scenario in India. Ranveer said that working with the rappers was an experience of a lifetime. The actor added, “Those boys are such raw talent. When Asli Hip Hop came out with Spitfire, people were asking who is this kid? I am really happy and excited to present them to you. All of them have contributed to the film. Just interacting with them, was one of the fondest memories I will hold with myself for the rest of my life. The entire process and workshops with them, working on dialogues and collaborating on music with them, it’s an experience of a lifetime”.

During the launch event, Singh also cleared the air about his character that most people believe is based on the popular rapper Naezy and said that the character is absolutely original. This will be the first time Alia will be seen sharing the screen space with Ranveer.

The trailer of the film looks promising and the audience cannot wait for the actual film to be released. The film also stars Kalki Koechlin, Akash Thosar, Vijay Varma and Surveen Chawla and will be released in theatres on February 14, 2019.