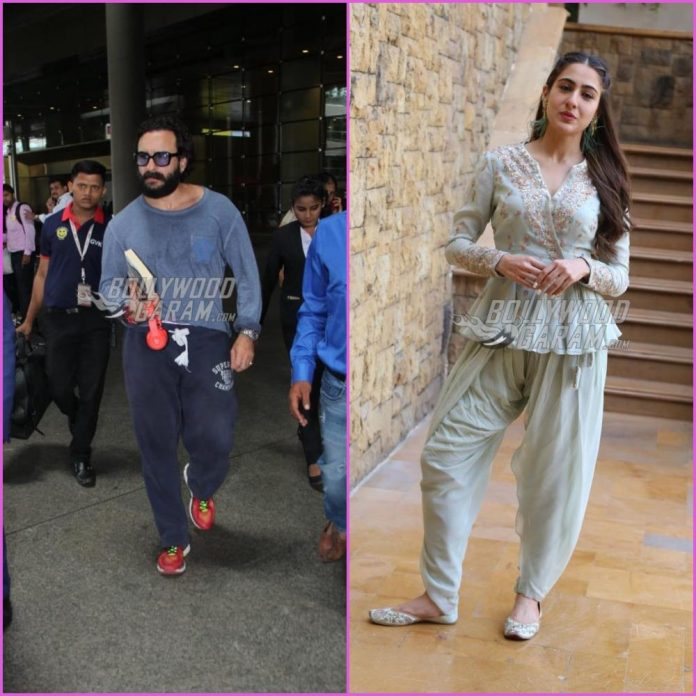 Young Bollywood actress Sara Ali Khan made her debut in Bollywood with the film Kedarnath and managed to impress the audience with her acting skills. The actress recently also graced the show Koffee With Karan hosted by Karan Johar with her father Saif Ali Khan. Recent reports say that the father and daughter duo will be seen sharing the screen space in the upcoming film by Imtiaz Ali.

The filmmaker is currently scripting the film and will be a sequel to the film Love Aaj Kal. The actors will be seen bringing their off-screen on on the screen for the upcoming flick. More reports reveal that Saif will be seen playing an important role and this will be the first time Sara will be seen sharing the screen space with her father.

It is not clear if Sara will be seen romancing anyone. Imtiaz is planning to begin the production in mid 2019 and the audience cannot wait to see the bond between Saif and his daughter Sara. The actress was also seen in the film Simmba which also starred Ranveer Singh and was directed by Rohit Shetty. The film did a great business at the box office and managed to impress the audience and the critics.