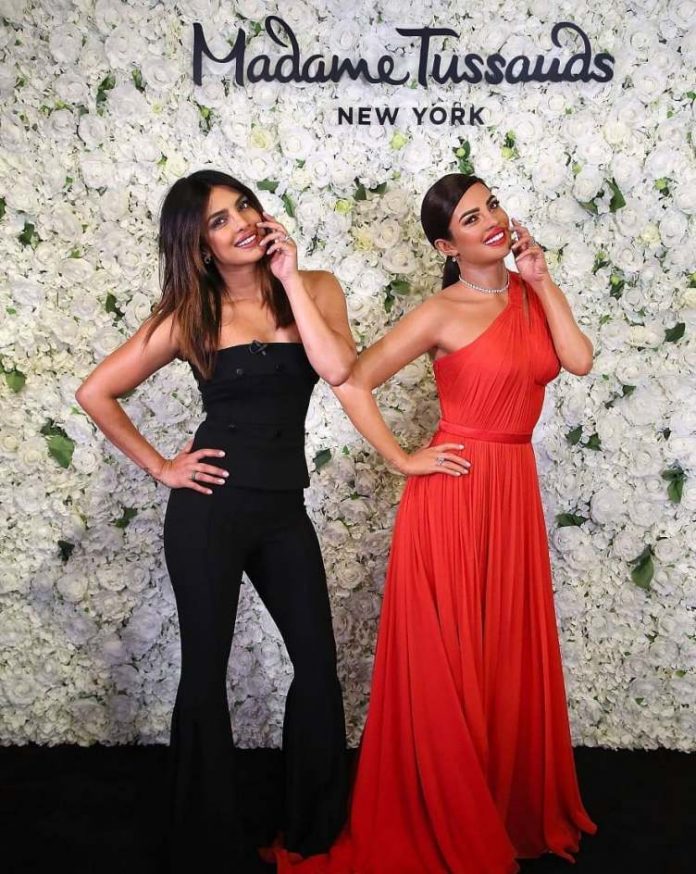 Priyanka Chopra is not just an Indian star any more but has become an international celebrity. The actress has now joined the list of celebrities to have a wax model at the Madame Tussauds museum. Priyanka’s statue was unveiled in New York on February 7, 2019.The wax model of Priyanka can be seen clad in a beautiful red gown with her hair tied in a neat pony.

An excited Priyanka also shared a few pictures of herself with her wax model from the unveiling event o her Instagram account. The caption said, “Me when I saw my new wax figure at Madame Tussauds in NYC @nycwax (Coming soon to all other locations!!)”.

Priyanka in recent times has visited many international talk shows and has talked about her marriage to Nick Jonas and her upcoming film in Hollywood. The actress got married to International star Nick Jonas in December 2018 at the Umaid Bhavan Palace in Rajasthan, India