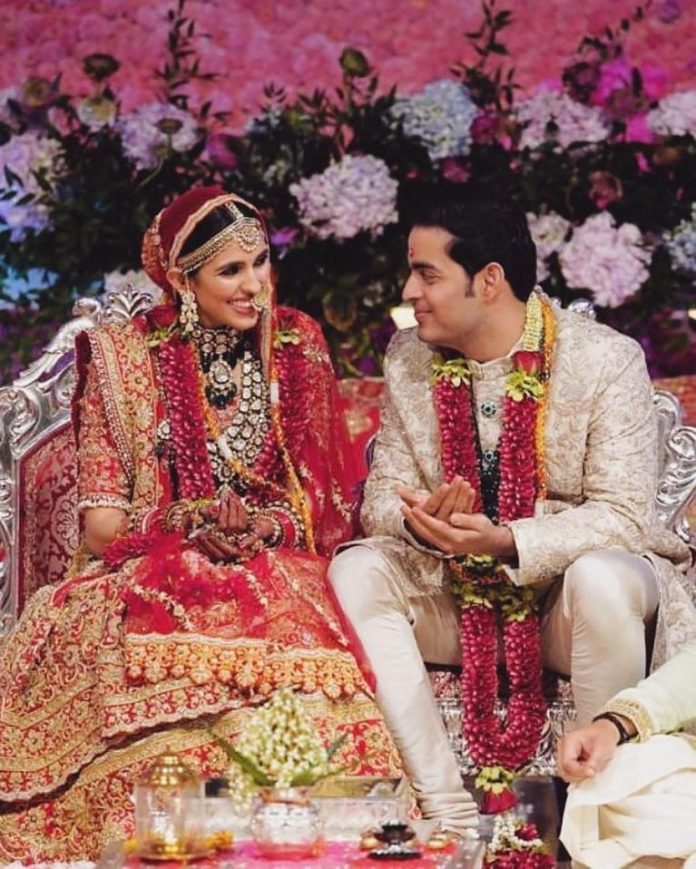 Akash’s close friend Ranbir Kapoor along with Shah Rukh Khan were seen dancing with the groom Akash during the Baraat ceremony. Pictures from the wedding have gone viral and have shown the bride and the groom in lavish outfits. The wedding venue can be seen decorated with elaborate floral decorations.