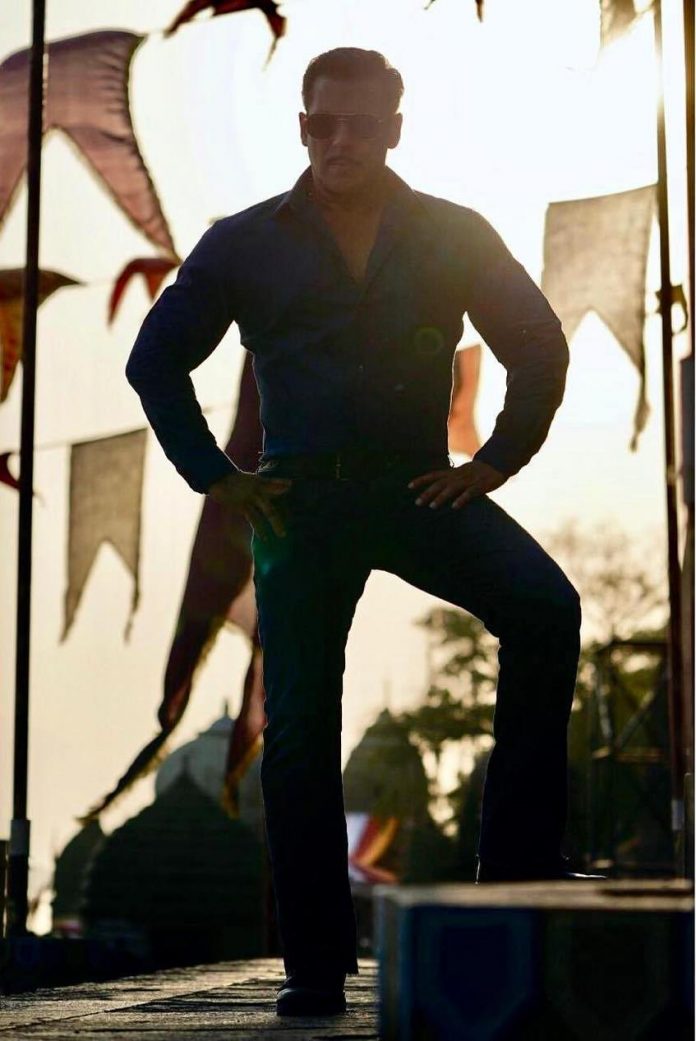 Salman Khan has recently wrapped the Maheshwar schedule of his upcoming film Dabangg 3. The film also stars Sonakshi Sinha and is helmed by Prabhu Deva. The star took his Instagram account and shared his look from the film as Chulbul Pandey with his signature mustache and sunglasses.

The background of the picture has shown flags fluttering with temples. Salman in the picture can be seen looking dapper in a blue shirt and a trouser and captioned the image, “Finally #maheshwar schedule over #dabangg3 @prabhudheva @arbaazkhanofficial @nikhildwivedi25.”

The fans of the actor are pretty excited for the third offering for the cop drama Dabangg. Salman on April 5, 2019 had shared a close-up picture from the completion of the shoot of the song Hud Hud Dabang from the film. On April 4, 2019, the actor had shared a video clip of the actor while reaching the shoot venue in Indore and was greeted by a sea of fans. While sharing the video, the actor wrote, “Namaste, Salaam Alaikum, Hello and a big thank you to all my fans & the police of #madhyapradesh #maheshwar #dabangg3 @PDdancing @arbaazSkhan @Nikhil_Dwivedi.”

The Tubelight star was seen waving to the fans on the banks of river Narmada. Sonakshi Sinha has been reprised for the role of Rajjo and also features Kannada star Sudeep as the antagonist.