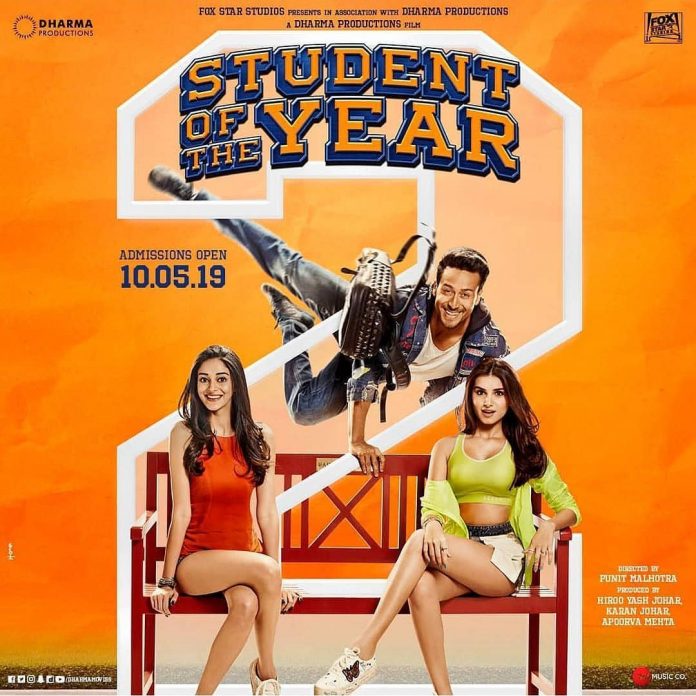 The much awaited official trailer of the upcoming film Student Of The Year 2 is out. Producer Karan Johar is back with a new competition and fresh batch of students with Tiger Shroff, Ananya Pandey and Tara Sutaria. Tiger is not new for the audience but Tara Sutaria and Chunky Pandey’s daughter Ananya are all set to make their debut in Bollywood with Student Of The Year 2.

The official trailer looks surely promising, with more passion for the title. The trailer was released by Karan on his official Twitter account. The film strikingly looks similar to that of its predecessor. The upcoming young energetic flick is helmed by a young director Punit Malhotra and produced under Karan Johar’s Dharma Productions.

The earlier film had done exceptionally well at the box office and the then new comers Varun Dhawan, Alia Bhatt and Siddharth Malhotra had impressed the audience with their charm. The pressure has been passed on to the young actors Tiger, Ananya and Tara, who will be seen in the upcoming romantic drama genre.

Going by the trailer, it has shown every aspect with heartbreak, fights, emotions and offcourse the pressure of winning the trophy of the Student Of The Year. The film is expected to be released on May 10, 2019.