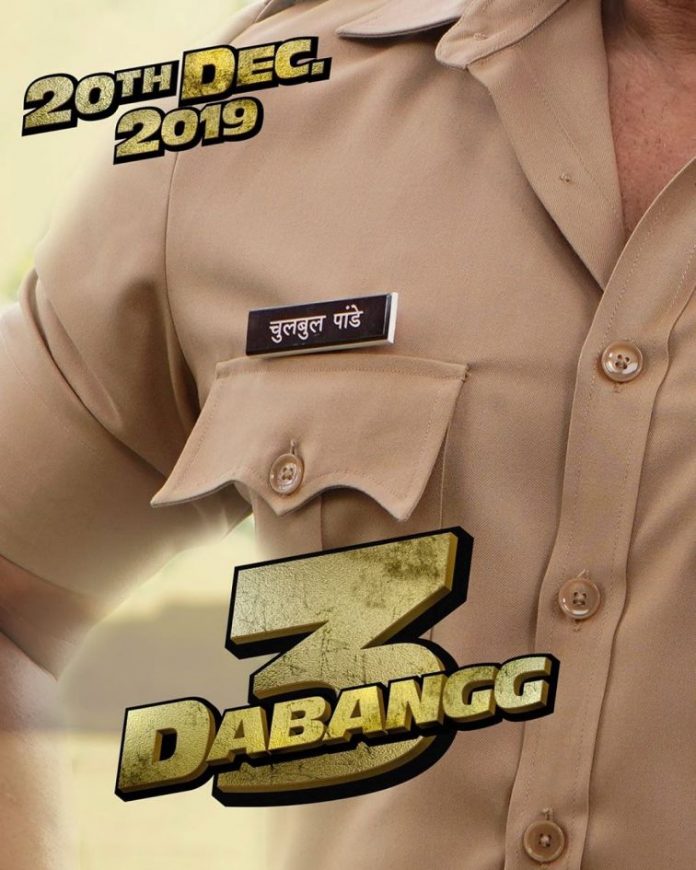 The much awaited announcement was made by Salman Khan. The actor took his social media account and unveiled a poster which also announced the release date of his upcoming film Dabangg 3. The news is that the Salman Khan starrer will be clashing at the box office with Ranbir Kapoor’s Brahmastra. Upcoming film Dabangg 3 stars Salman and Sonakshi Sinha and will be released in theatres on December 20, 2019.

The Tubelight star posted a picture which featured Chulbul Pandey’s name tag on the uniform.. The cast and crew of Dabangg 3 recently wrapped the first schedule of the film in Maheshwar in Madhya Pradesh. The team shot for a week in Maheshwar and during all the days, fans flocked to the sets to catch a glimpse of their favourite stars. While a few on set videos have surfaced online, Salman himself dropped a few pictures and videos on the social media to add to the hype of the film.

Talking about the box office clash between Dabangg 3 and Brahmastra, some of the earlier reports had said that the two films might avoid a clash, but now both films will be released on the same date. Brahmastra was earlier expected to be released in August, but the date had to be postponed as the VFX work was pending.