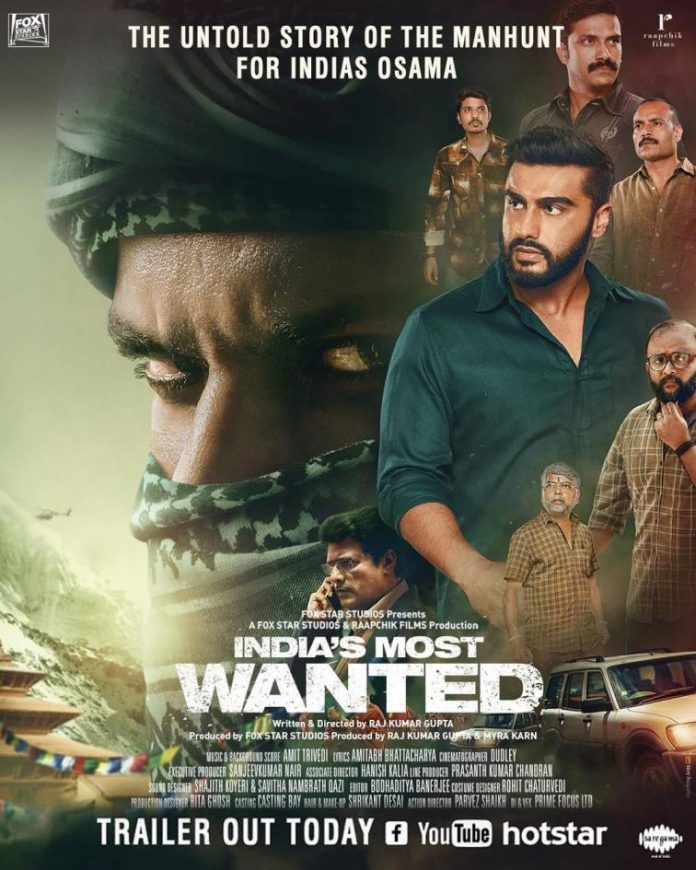 Arjun Kapoor starrer India’s Most Wanted official trailer has been released on May 1, 2019. The Ishaqzaade actor can be seen playing the role of an Indian officer, who takes up the responsibility of grabbing a terrorist without any help from the government or the army. The makers had earlier released a teaser and posters of the film that impressed the audience.

The film is written and directed by Raj Kumar Gupta and is a story about an officer who wants to track down a terrorist without firing bullets, in a secret mission. The trailer has shown Arjun in a beefed up look, who is confident that he can track down the terrorist with the help of a handful of people without any back up or support from the government.

The team along with Arjun travel to Kathmandu, Nepal unaided and without any support from the government. The authorities who are aware of the mission call him crazy but he remains patriotic for the country. The film also stars Amrita Puri of Kai Po Che fame and is due to be released in theatres on May 24, 2019.

Apart from India’s Most Wanted, Arjun is also working on Ashotosh Gowarikar’s Panipat where he plays the role of Sadashiv Rao Bhau.