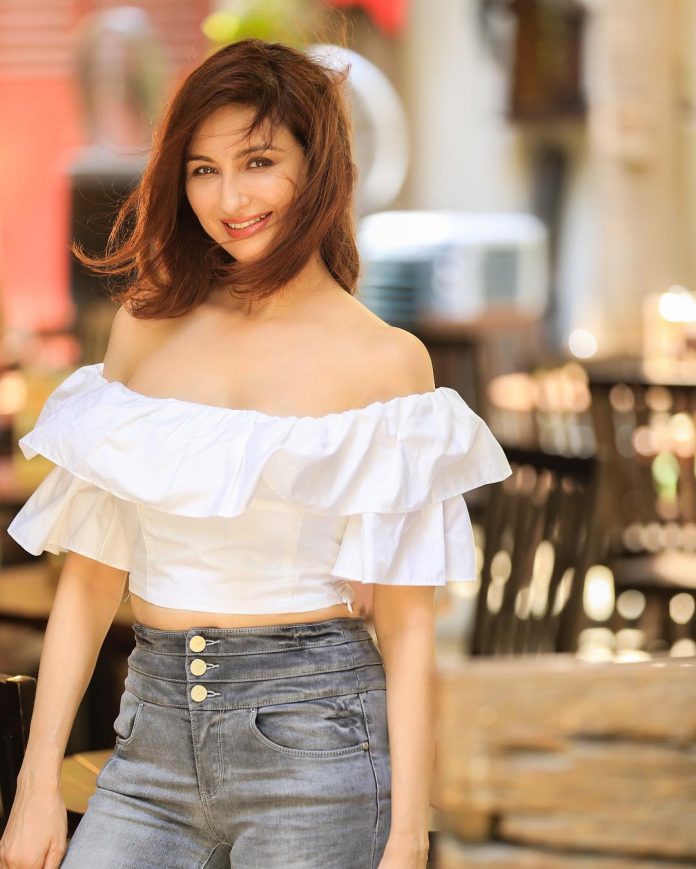 TV actress Saumya Tandon embraced motherhood as she gave birth to a baby boy on January 14, 2019. The actress is known for playing the role of Anita Bhabhi on the TV series Bhabiji Ghar Par Hain. Saumya and her husband Saurabh Devendra Singh named their son Miraan Tandon Singh. After having a short maternity break, the actress has got back to the sets of the show Bhabiji Ghar Par Hain.

The actress had gone live on Instagram and informed her fans that she is back to the sets of the popular show. Saumya resumed shoot from May 13, 2019. She also mentioned that her son Miraan accompanied her to the sets and he was there in her vanity van. Her Bhabiji… co stars sang the song Tum Aaye Toh Aaya Mujhe Yaad Gali Mein Aaj Chand Nikla for the actress.

Tandon seemed excited to be back to work with her team and was seen in a black outfit in the video. Saumya also said that her fans had a lot of questions regarding her return to the show and hence decided to surprise them. The actress also thanked her fans for all the love and support.

Saumya did yoga throughout her pregnancy and hit the gym post delivery. The actress even shared a few pictures on social media while talking about her fitness goals.