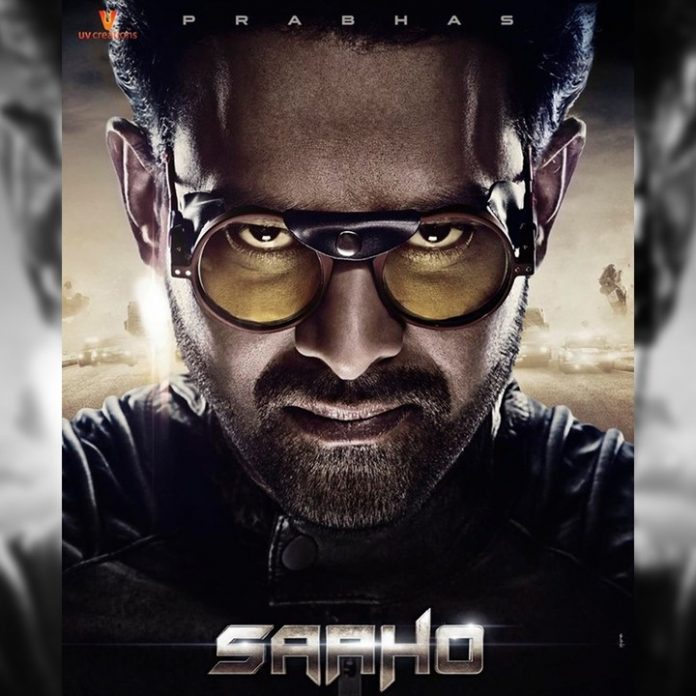 Prabhas and Shraddha Kapoor starrer Saaho new poster has been unveiled. The new poster of the spy thriller is already trending on the social media platforms. The film is directed by Sujeeth and will be released in theatres on August, 15, 2019. Actor Prabhas had recently in a short video message had asked his fans to be prepared for a little surprise.

And as promised, the production house UV creations unveiled a new poster of Prabhas from Saaho. The still has Prabhas’s face with cool sunglasses with a penetrating stare that are the highlights of the poster. Hashtag #Saaho started trending on the social media within minutes after the release of the poster.

The poster was captioned, “This Independence day, Say #Saaho with us. The action begins in cinemas from 15th Aug, 2019.#Prabhas @ShraddhaKapoor @sujeethsign@UV_Creations #SaahoSurprise #15AugWithSaaho pic.twitter.com/NDBzDN3ykU.”

Prabhas was last seen in the film Baahubali: The Conclusion that was released in April 2017 and since then he has not acted in any films and his fans are now waiting to see him again on the silver screens. The upcoming film is directed by Sujeeth and also stars Shraddha Kapoor, Neil Nitin Mukesh and Evelyn Sharma in the lead roles. Saaho will be released in Hindi, Telugu and Malayalam.