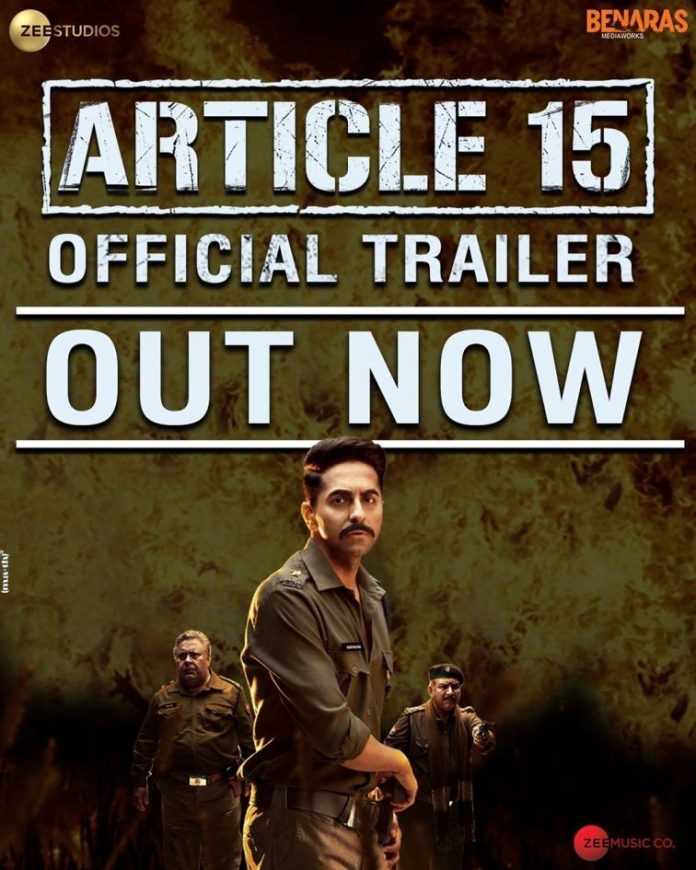 Aayushmann Khurrana starrer Article 15 official trailer has been released on May 30, 2019. The trailer begins with some disturbing scenes of rape and communal riots as the narrator highlights a haunting truth and says that they are invisible to them and sometimes they are regarded as untouchables and again sometimes as schedule castes but never as ordinary citizens.

The narration as actually the voice of those who were suffocated and as a result the social discrimination that is so prevalent in the rural parts of the country. Aayushmann can be seen as a cop who is determined to grab the culprits and gets in to the investigation of a gang rape and murder of two dalit women, who had demanded a raise of Rs. 3.

The murder case was made to look like honor killing as a cover up and prompts Aayushmann to refresh the memories of the Article 15 of the Indian Constitution. Going by the trailer, it looks like the film is based on the infamous Badaun rape case in 2014.

Aayushmann earlier kept his fans intrigued about the release of the trailer by sharing a video on the social media. The film also stars Isha Talwar, Manoj Pahwa, Sayani Gupta, Kumud Mishra and M Nassar. Article 15 will be released in theatres on June 28, 2019.