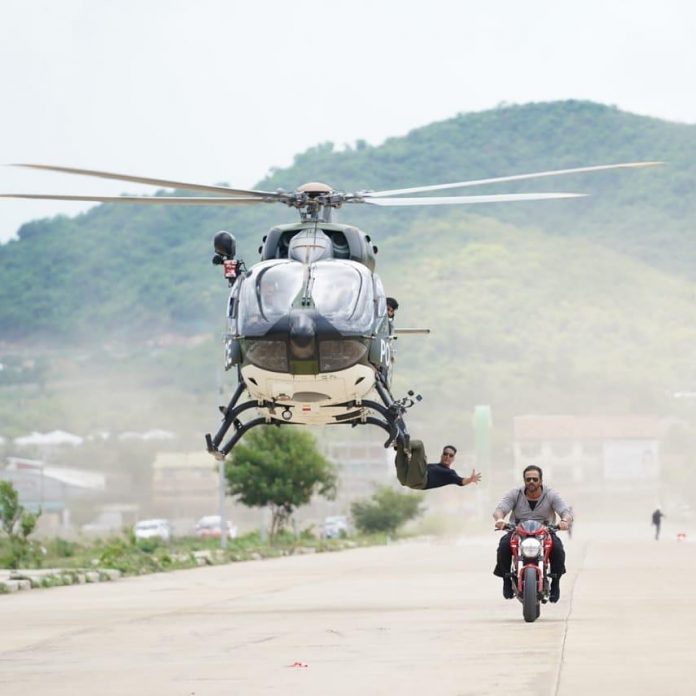 Akshay Kumar is surely known for being a dare devil and performs stunts with ease. The Khiladi star shared a picture from the sets of his upcoming film Sooryavanshi which is directed by Rohit Shetty, who is also known for his action sequences and fiery stunts. The film is produced by Dharma productions and Rohit Shetty Picturez.

The makers of the film had a while back announced that Katrina Kaif would be playing the female lead opposite Akshay. The audience is already aware of the pairing of Akshay and Katrina. The on-screen couple had impressed the audience with their chemistry in the films like Namaste London and Singh Is King. Both the films had did a good business at the box office.

Upcoming film Sooryavanshi will be another addition to the cop series with director Shetty. The director has earlier delivered films like Singham Returns, Singham and the recently released film Simmba. Akshay , who is known for his stunt performances, throughout his film career, is a trained martial arts practitioner.

The star captioned the picture, “Casually hanging off a helicopter… just another day on the sets of Sooryavanshi.” Akshay also posted a warning, not to try this on their own as all stunts are performed under expert supervision. Sooryavanshi also stars Neena Gupta, who will be seen playing a crucial role.