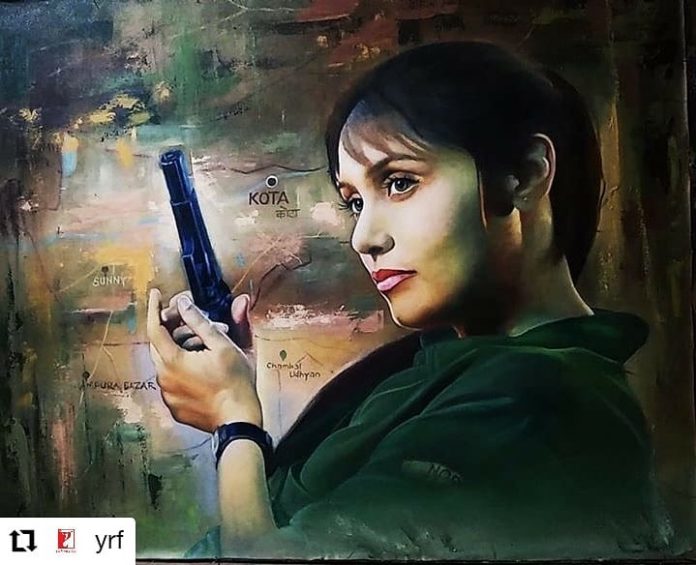 Rani Mukerji will soon be seen in the upcoming cop drama Mardaani 2, which is the sequel to the 2014 film Mardaani. The actress has been busy shooting for the sequel and recently wrapped a long shooting schedule in Rajasthan and got a special gift from the film’s art director. Rani has been busy shooting in Rajasthan from the past month with the crew. As the shooting schedule came to an end, the art director of the film Babu Saini decided to gift Rani a special painting.

The actress and the director have worked together in the past in the film Kuch Kuch Hota Hai and share a great bond. On the last day of the shooting schedule the art director gave Rani a special painting made by him. The painting has shown Rani as a cop who is out to fight the goons just the way like Rani’s character in Mardaani.

The special gesture was made to honor the actress for the hard work done by the actor over the years and in the upcoming film. The painting has Rani in her Madaani 2 look, which is a film that sh is really proud of. Reports say that Rani was overwhelmed and said that she would put this up in her house.