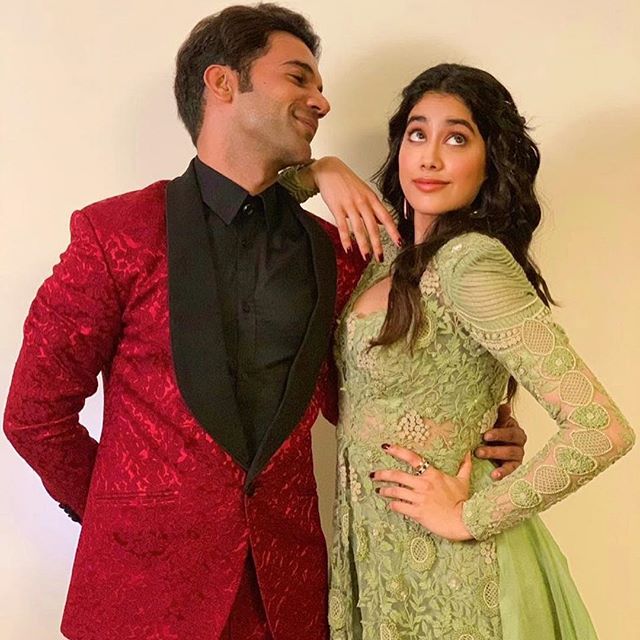 Janhvi Kapoor and Rajkummar Rao have been roped in for an upcoming horror comedy RoohiAfza. The actors recently announced their association with the project and the fans are surely excited to see the fresh on screen pair. Rajkummar Rao has earlier worked in the same genre with Stree and this time it is young actress Janhvi Kapoor ready to show off her acting skills.

RoohiAfza also stars Varun Sharma who will be seen playing an important role. The film will also mark the third association of Dinesh Vijan with Rajkummar Rao. Their last hit Stree had become one of the biggest blockbusters of 2018 and was appreciated by many.

Talking about the film, reports say that Janhvi will be seen playing a double role, one character will be Roohi and the other will be Afza. The film is directed by Hardik Mehta and scripted by Gautam Mehra and Mrighdeep Singh Lamba. RoohiAfza has gone on floors on June 14, 2019 and the announcement was made in style.