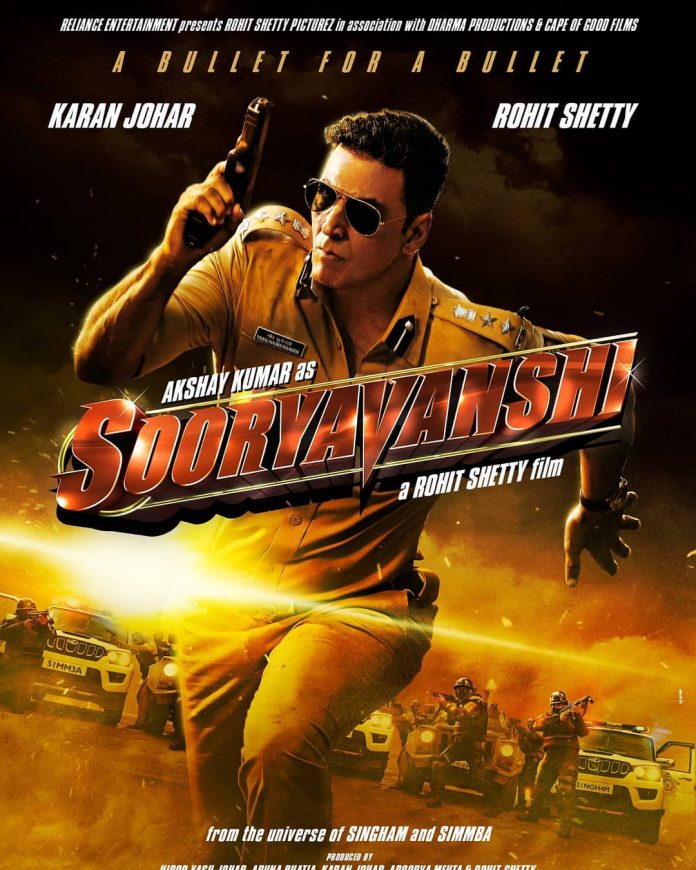 The makers of the much awaited film Sooryavanshi have preponed the release so as to avoid a clash with the Salman Khan starrer Inshallah. The film will now be releasing on March 27, 2020 to avoid a clash with the film which has Salman Khan and Alia Bhatt in lead roles. Sooryavsnshi was announced at the end of the Rohit Shetty film Simmba which had Ranveer Singh in the lead role.

Reports say that Sooryavanshi is the costliest cop flick ever to be made in history of Indian cinema. Akshay Kumar will be seen playing the lead role of DCP Veer Sooryavanshi, Chief of the Anti-Terrorism Squad while Katrina Kaif will be seen playing the female lead. The announcement of the change in the release date was made by Rohit Shetty who shared a picture with Salman Khan and captioned, “You can Compete with the World but Not with your Family… See you soon Chulbul Pandey!!!”

Salman also took his twitter account and wrote, “I always thought of him as my younger brother and today he proves it… #RohitShetty Sooryavanshi releasing on 27th March, 2020.” However, the decision did not go down well with the netizens and fans of Akshay.

The social media was flooded with messages as to why the decision was made. However, Akshay took over and appealed his fans to calm down and take things in a positive way.