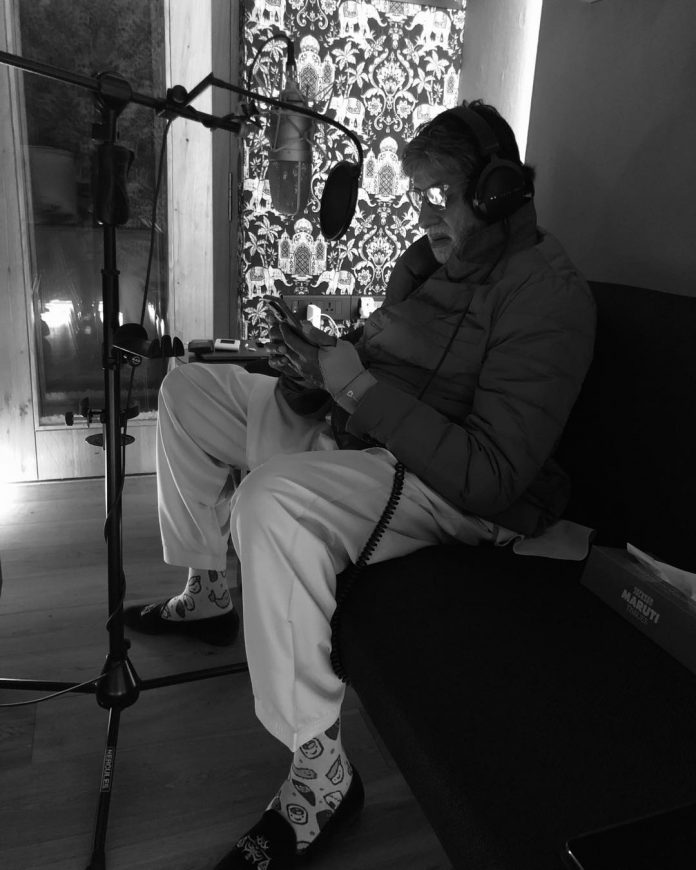 Superstar of Bollywood Amitabh Bachchan has started shooting for his upcoming film Gulabo Sitabo which is directed by Shoojit Sircar. The actor had in May, 2019 cancelled one of his Sunday afternoon meet and greet rituals at his house in Jalsa, citing he was down with ill health. But now it seems like the actor is back to work.

Upcoming film Gulabo Sitabo also features Aayushmann Khurrana and will be released in theatres on April 24, 2020. The film is written by Shoojit’s frequent collaborator Juhi Chaturvedi who has earlier worked on Piku, October and Vicky Donor and is produced by Ronnie Lahiri and Sheel Kumar.

This is the first time Aayushmann will be seen sharing the screen space with the megastar. On the work front Mr. Bachchan was last seen in the film Badla and will also be seen in the upcoming much awaited flick Brahmastra directed by Ayan Mukerji. He is also working on another film with the title Tera Yaar Hoon Main.