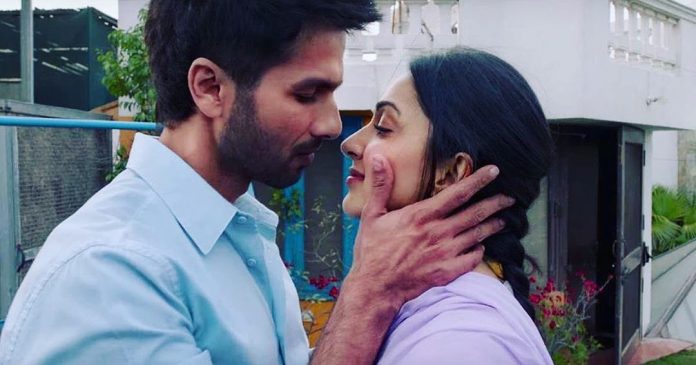 Success does not come accidentally as it requires a lot of hard work dedication and determination. Bollywood actor Shahid Kapoor has proved the statement and has kissed success with his recently released film Kabir Singh, which managed to earn Rs. 104 crores in just five days of its release. Kapoor has received some amount of criticism for his choice of roles and film but Kabir Singh has set the box office collections on fire with a Rs. 100 crore mark.

The film is directed by Sandeep Vanga and Shahid is seen playing the protagonist with Kiara Advani as his love interest. Trade Analyst Taran Adarsh, revealed that the film made Rs. 16.5 crores on Tuesday and took the total to Rs. 104 crores. When the film opened, the critics turned the film down for its toxic masculinity and misogynistic attitude.

Adarsh wrote, “The overwhelming success of Kabir Singh has left the industry shocked and stunned. All calculations have gone for a toss.” The trade analyst also gave a comparison of Kabir Singh that made it to the Rs. 100 crore mark faster than Akshay Kumar starrer Kesari, which reached the mark in seven days. Ranveer Singh starrer Gully Boy touched the mark in 8 days while the comedy film Total Dhamaal made it in 9 days.