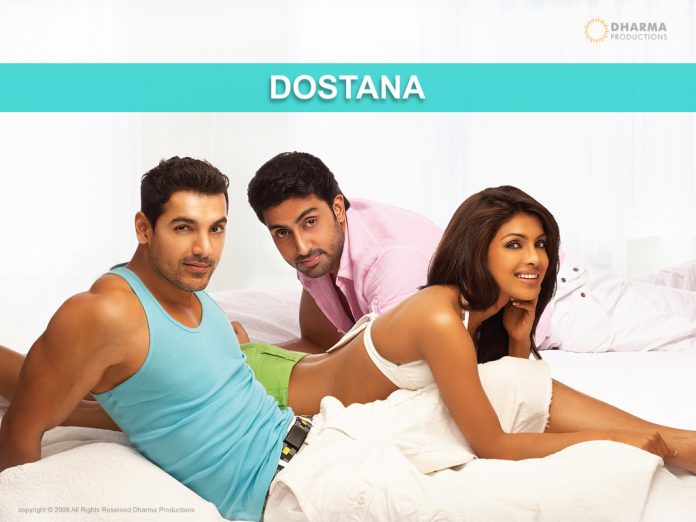 John Abraham, Priyanka Chopra and Abhishek Bachchan starrer Dostana was released in 2008 and had proved to be a huge success despite the fact that it was away from stereotypes. The film was a major success among the audience and the songs from the film are still a part of some of the major playlists. Now the audience will soon be treated with the sequel of Dostana.

Producer Karan Johar recently dropped a hint about the sequel on his Twitter account. Going by the cryptic video it seems like this time there will be two women and one man instead of one woman and two men. The video has the caption, “You know the beat, you know what follows…but there’s more to it than you know! Stay tuned, announcement coming up tomorrow!”

The background music gives a feel of the song Maa Da Ladla and the audience cannot wait till the next announcement. There were many reports about a sequel being planned for Dostana, but none of them were ever confirmed by the makers. But now it seems, the official announcement has started giving some shape to Dostana 2.

The earlier film was directed by Tarun Mansukhani and produced by Hiroo Yash Johar and Karan Johar. Dostana had received nine nominations for the 54th Filmfare Awards including the Best Film, Best Actor and Best Music Director.