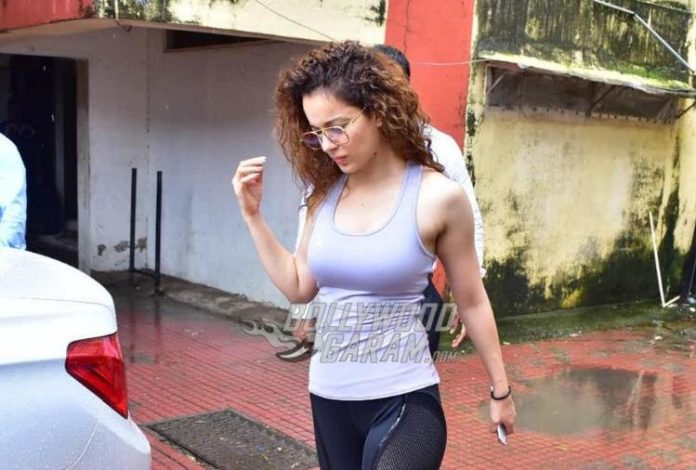 Kangana Ranaut has been in news for her frequent clashes with the Roshan family in some regard or other. The actress is once again in news after she accused a journalist of giving negative reviews to her previous film Manikarnika: The Queen of Jhansi and for running a smear campaign against her. Kangana got in to an ugly argument with the journalist during a song launch event of her upcoming film Judgemental Hai Kya.

The Tanu Weds Manu actress, who was accompanied by her co-star Rajkummar Rao and producer Ekta Kapoor, said that he keeps writing wrong and offensive things about her and criticized her to make a film on nationalism. The journalist then said that Kangana’s actions were unfair and that she was ‘intimidating’ him. Kangana defended that she was not intimidating but was being candid.

The actress will soon be seen in the upcoming film Judgemental Hai Kya, which also stars Rajkummar Rao. The makers of the film had gathered at the event to launch the song Wakhra Swag in Mumbai. Kangana Ranaut was last seen in the film Manikarnika: The Queen of Jhansi, which was based on the life of the historic figure Jhansi Ki Rani, Rani Laxmi Bai.

The film received a lot of appreciation from the audience as well as the critics and had a successful run at the box office.