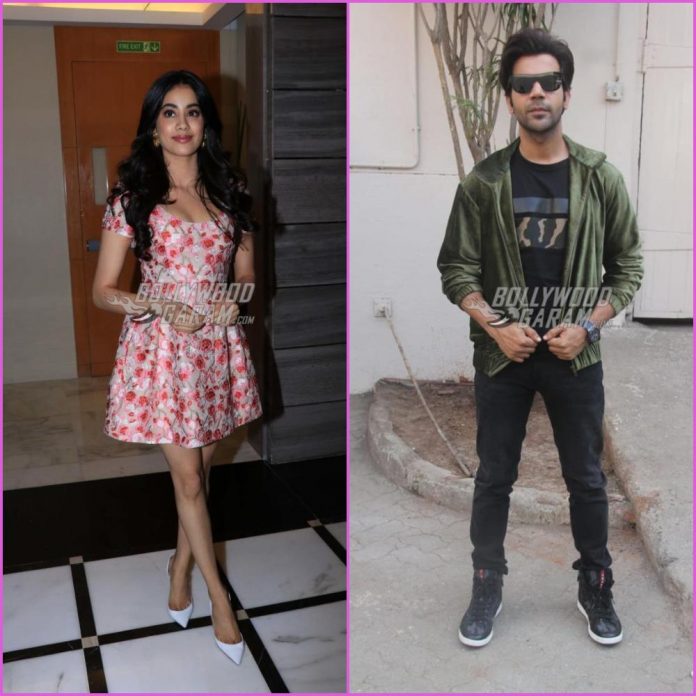 Actors Rajkummar Rao and Janhvi Kapoor will soon be seen in the upcoming horror comedy flick RoohiAfza. The film was announced a while back. But the shooting commenced recently and the lead actors decided to head to the hills of Manali. A part of the shoot took place in Roorkee, Uttarakhand where the fans gathered in huge numbers outside the shoot location to see Janhvi. Now the actress has headed to a village near Agra to shoot some of the portions of the horror comedy.

The film will see Janhvi play double role of Roohi and Afsana. One of the shoot schedule took place near the Bateshwar Temple on July 9, 2019 and huge number of fans had gathered to catch a glimpse of the actress. The place is known as Bateshwar and is known for 101 Shiva temples located at the banks of river Yamuna. The actress has also shared a few snaps from the location on her Instagram account.

Knowing that the Dhadak actress is shooting Bateshwar, several fans flock to the location. The film is directed by Hardik Mehta and is produced by Dinesh Vijan and Mrighadeep Singh Lamba. The story of the film revolves around spirits, fairies and ghosts attacking grooms on their first night of marriage. Roohiafza is expected to be released in theatres on March 20, 2020.