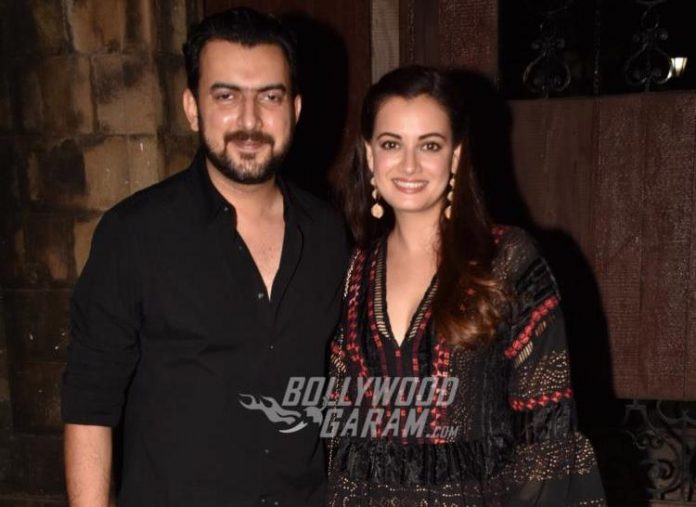 Bollywood actress Dia Mirza and Sahil Sangha have announced their separation after 11 years of being together. Dia Mirza, is one of the most beautiful and elegant actresses in Bollywood and announced her separation through social media on August 1, 2019.

The Sanju actress in her social media post released a statement regarding her separation and wrote, “After 11 years of sharing our lives and being together, we have mutually decided to separate. We remain friends and will continue to be there for each other with love and respect.” The statement further read, “While our journeys may lead us down different paths, we are forever grateful for the bond we share with each other. We thank our family and friends for all their love and understanding and members of the media for their continued support and request everyone to respect our need for privacy at this time. We will not be commenting any further on this matter. Thank you. Dia Mirza and Sahil Sangha.”

Sahil is a filmmaker by profession and also owns a production company with Dia. The two first met during a script narration in 2009 and then began seeing each other. It was in 2014, the filmmaker proposed Dia when in New York. Reports said that Sahil had gone down on his knees in the middle of the Brooklyn Bridge and popped the question.

Dia had then accepted his proposal and the couple was also cheered by the tourists present there.