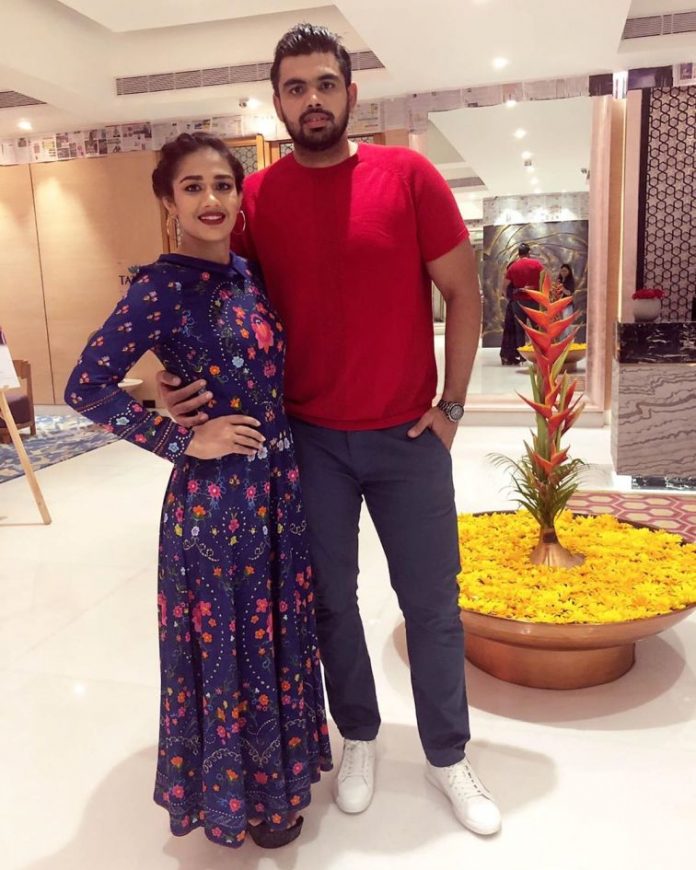 Indian wrestler Babita Phogat and partner Vivek Suhag have next the latest contestants to be eliminated from the ninth season of the popular celebrity dance contest Nach Baliye. Babita and Vivek have since the beginning confessed that they are non dancers but had managed to impress the judges with their efforts in their performances.

This is the third elimination from the show. The first couple who was eliminated was Keith Sequeira and Rochelle Rao while the second couple to be eliminated was Vindu Dara Singh and wife Dina. Babita and Vivek were among the bottom two contestants along with Urvashi Dholakia and Anuj Sachdeva. The launch episode had seen Urvashi and Anuj share their love story through their performance.

The celebrity dance show is produced by the Bollywood superstar Salman Khan and has managed to garner 5.9 million impressions in the first week. The actor introduced 12 couples, the judges and the hosts of the show. The current season is extra special as the show also includes the former couples who are no longer together but continue to be good friends.

After the latest elimination, the show now has five former couples and three current couples who will be fighting it out in the upcoming episode. Nach Baliye 9 is aired during the weekends.