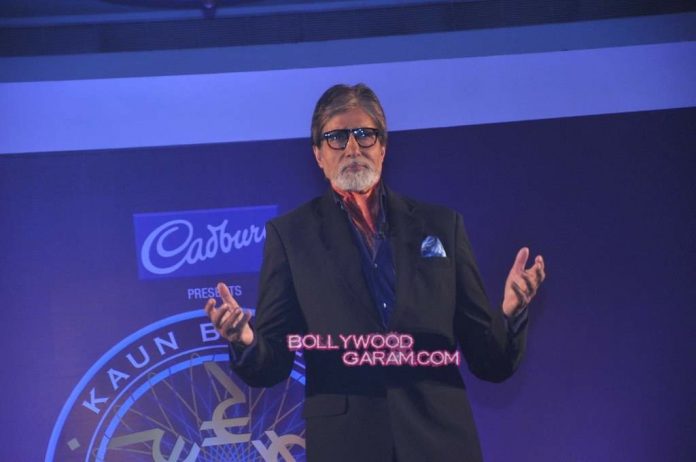 BollywoodGaram.com: Even though 2nd October is a national holiday in India, it is also a reminder of a great man who helped the country reach its independence from the British rule. Gandhi Jayanti celebrates Mahatma Gandhi’s birth anniversary and it is a special day dedicated to the man who sacrificed his life for the country.

The day was also celebrated on the popular TV show ‘Kaun Banega Crorepati’,  (KBC) as the set exuded patriotism in order to celebrate Gandhi Jayanti in a proper manner.

The upcoming episode of the famous show will feature a special dance group performance, on the occasion of Gandhi Jayanti. Viewers will be able to witness a wonderful performance of the song ‘Bande Me Tha Dum Vande Mataram’.

The host of the show, Amitabh Bachchan, will also be seen singing the patriotic lines in remembrance of Mahatma Gandhi. The Gandhi Jayanti special performance will be aired on October 4, 2013 at 8:30 pm on Sony Entertainment Television. The seventh season of the popular game show has begun with the host and star Amitabh Bachchan.

The latest season of the KBC has a few new rules, as well as a few new lifelines available to contestants. The show also has a great new caption, which states that it is never too late to gain knowledge.