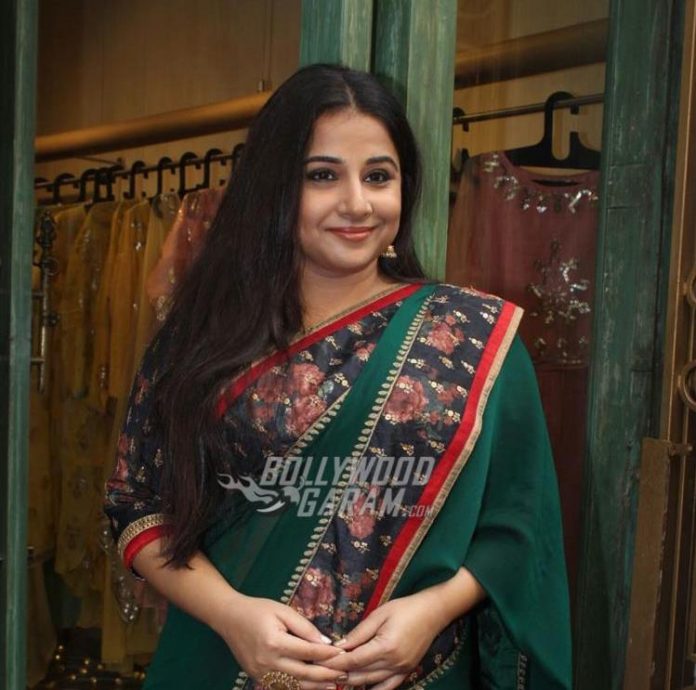 Biopics have always worked with the audience. After a great performance in the film Mission Mangal, Vidya Balan is all set to portray the role of the writer and mental calculator Shakuntala Devi, who is also known as the human calculator. The makers of the film have unveiled the first look of Vidya as Shakuntala Devi and it can be said that Vidya surely comes close to what the math expert actually looks like.

The first look of the film has shown, Vidya flaunting a short bob cut and a saree. With that confidence on her face, it surely looks like the actress is already a winner. Reports say that the film’s shoot has started on September 16, 2019 in London. More reports say that the actress actually waited for four months after signing the film to actually get in to the skin of Shakuntala Devi, who is the author of a number of books on mathematics, puzzles and astrology.

The mind of the mathematician was recognized when she was just five years old and had solved a mathematical problem that was designed for an 18 year old student. The film is helmed by Anu Menon, who has also co-written the screenplay.

Devi was born in Kolkata and belonged to an orthodox Kannada Brahmin family.