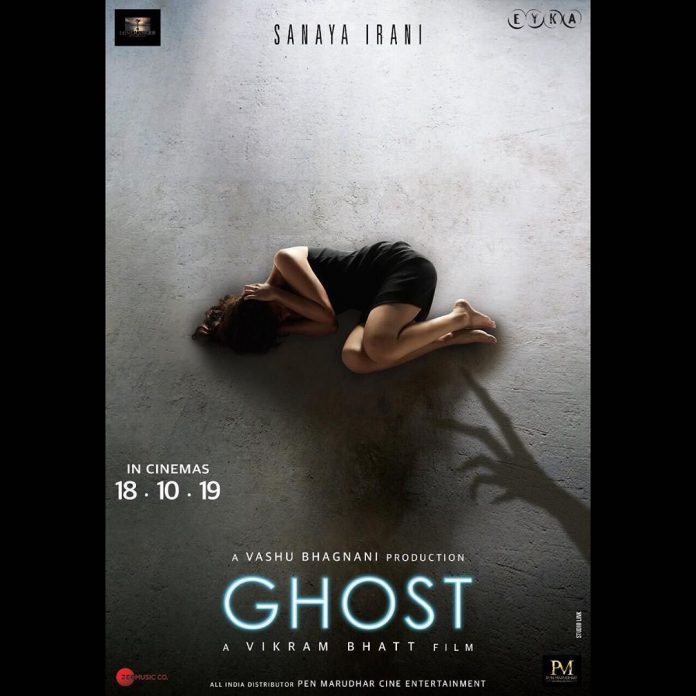 Indian actress Sanaya Irani, who was earlier seen in many of the TV series, has dropped the official posters of her debut horror film Ghost on social media. The film is all set to be released in theatres on October 18, 2019. Sanaya started shooting for the film in 2018. The actress gave a sneak peak in to the film on her birthday on September 17, 2019.

Sanaya recently shared the official posters of her debut film Ghost on social media. The posters are scary and are enough to give anyone nightmares with their spooky look. One of the posters has shown Sanaya lying on the floor closing her ears as a hideous shadow of someone’s hand and can be seen approaching her. Another poster has shown many hideous hands coming out from nowhere but smoke.

The film is produced under the Vashu Bhagnani Productions and is helmed by Vikram Bhatt, who is known for his amazing horror flicks. The filmmaker is now back with another spine thriller after he treated the audience with some amazing films like Raaz and 1920.

Sanaya Irani is known for playing the role of Gunjan in Miley Jab Hum Tum and Khushi in Iss Pyaar Ko Kya Naam Doon. The actress was also a finalist in the eight season of the show Jhalak Dikhhla Jaa.