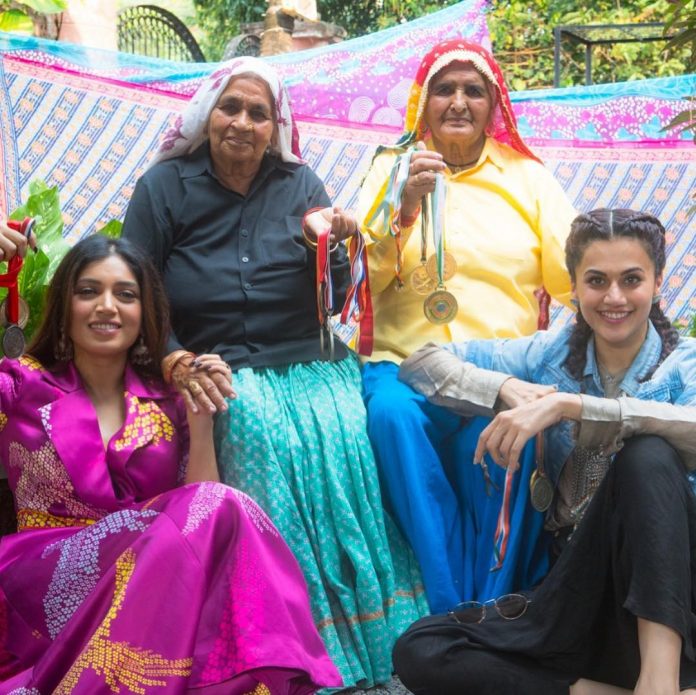 The official trailer of the film Saand Ki Aankh is out and this is surely something that the audience might never have had seen before. Bhumi Pednekar and Taapsee Pannu are two of the most talented actresses the industry has and are all set to share the big screen together in the film Saand Ki Aankh. The film is helmed by Tushar Hiranandani and produced by Anurag Kashyap, Reliance Entertainment and Nidhi Parmar.

It is a biographical film that also stars Prakash Jha and Vineet Kumar Singh playing important roles. The story of the film is about sharp shooters Chandro Tomar and Prakashi Tomar who struck national fame as accomplished shooters during their 60s. They are fondly called as Shooter Dadis and Revolver Dadis. Chandro was accompanied by her shy granddaughter Shefali while Prakashi went with her daughter Seema.

Bhumi will be seen as Chandro while Taapsee will be seen as her sister-in-law Prakashi Tomar. While the audience might be thinking as to why two young actresses were selected to play the role of senior citizen characters, after watching the trailer, you might definitely feel that the star cast could not be better.

The film has been shot in Baghpat, Hastinapur and Mawana and is ready to be released in theatres on October 25, 2019.