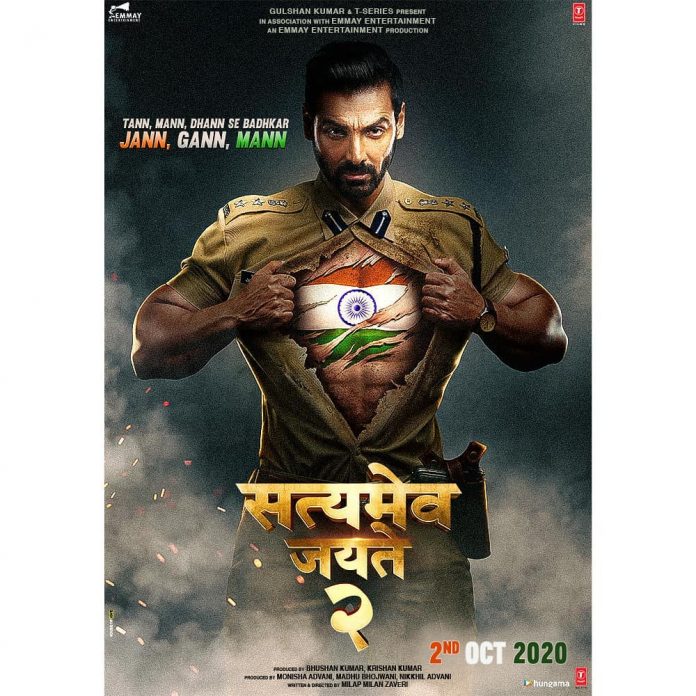 Bollywood actor John Abraham is once again ready to hit the patriotism genre again with his upcoming flick Satyameva Jayate 2. The actor had appeared in the 2018 action drama exactly a year before. The sequel is helmed by Milap Zaveri, who was responsible for the earlier installment as well. The makers of the film have revealed the first posters and will be released in theatres on October 2, 2019.

John shared the first posters on social media and the actor can be seen sporting a chiseled body with the tri-color on his chest. After his successful stint with the first installment, the sequel is expected to have twice the action, drama, emotion, power, patriotism and punch.

The actor while sharing the posters shared, “The truth prevails AGAIN!! Returning next Gandhi Jayanti, October 2nd 2020 – #SatyamevaJayate2” John in the earlier installment was seen playing a vigilante who killed corrupt cops. The sequel will see Divya Khosla Kumar join the team.