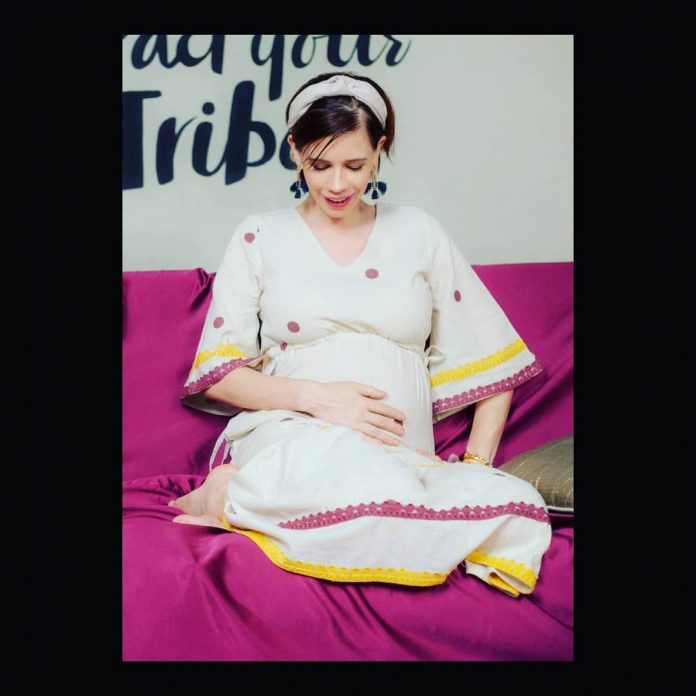 The actress expressed that she is relieved that she can let her baby bump hang free after months of covering it up. Kalki shared a picture on social media, in which she can be seen in a white outfit while lovingly looking at her baby bump. The Dev D actress captioned the image, “Relieved I can let that bump hang free after months of stuffing it into costumes which fit me at the beginning of shoot schedules in July but were not so easy to zip up by mid September! And kudos to my style saviours @who_wore_what_when for coming up with innovative ways to cover it up!”

The actress in an earlier interview also shared that she has also thought of a name for her child that will suit for either gender. Kalki Koechlin was last seen in the film Gully Boy in which she was seen playing the role of Sky who is a singer. The actress also made her Tamil film debut with a cameo appearance in the flick Nerkonda Paarvai.