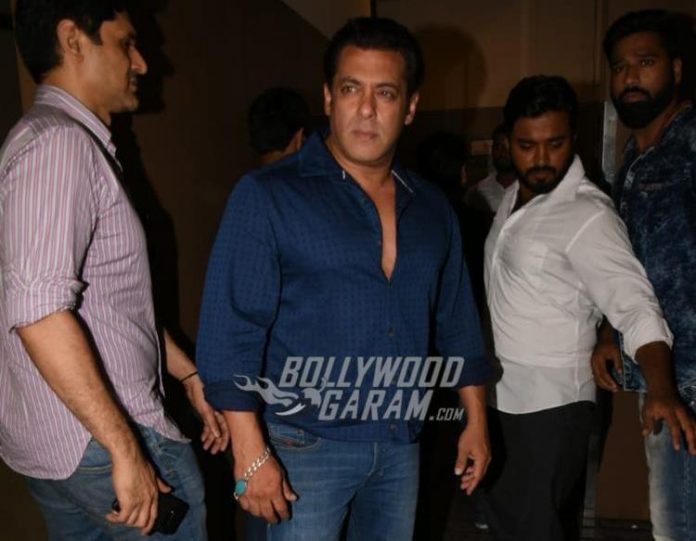 Mumbai Police has arrested two people who had threatened Bollywood actor Salman Khan in a social media post on September 26, 2019. The men who have arrested have been identified as Jacky Bishnoi, also known as Laurence Babal and Jagdish. The information on the arrest was given by Chapasani SHO, Praveen Kumar who also said that the arrested men are vehicle thieves and drug smugglers.

Kumar added that the men had threatened Salman in order to gain some publicity. Jacky had posted a threat on Facebook on September 26, 2019 and had added Lawrence as a prefix to his name so that people would think that he was associated with the Laurence gang of Jodhpur. Jacky and Jagdish had stolen two cars to carryout their drug smuggling operation. The cars have been seized. Kumar added that a case of drug smuggling and vehicle theft have been registered against the men.

The police stopped Jacky and Jagdish for questioning when they got suspicious on seeing the men drive around in a luxury car. Further investigation had revealed that the duo were involved in vehicle theft and drug smuggling. It was later discovered that Jacky was the one who had threatened Salman Khan on social media.

Salman is currently looking forward for the release of the film Dabangg 3.