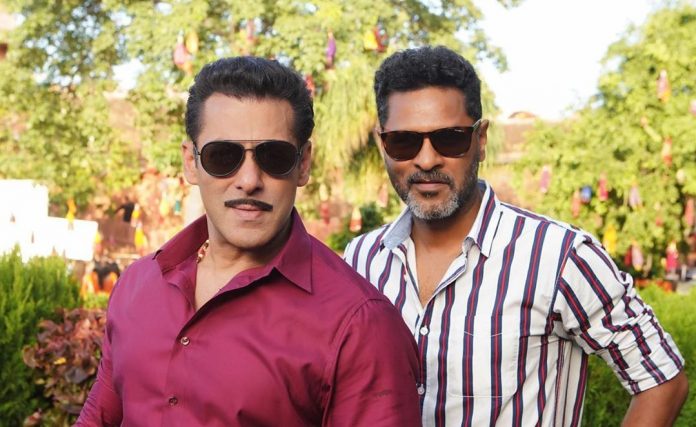 Bollywood Star Salman Khan has recently announced that he has wrapped the shoot of his upcoming film Dabangg 3. The announcement was made through his Twitter handle and also shared a special message for the late actor Vinod Khanna, who has earlier been a part of the Dabangg franchise.

The film is all set to be released in theatres in December, 2019 and the star cast of the film has been busy shooting at various locations of the country. The shooting has also been conducted at some exotic locations including Mahabaleshwar, Madhya Pradesh and Jaipur, Rajasthan. The action drama has been creating a lot of curiosity in the minds of the audience.

Salman Khan will be play the role of Chulbul Pandey in the film and has shared a video on his social media handle in which he has announced about wrapping up the shooting schedule of Dabangg 3. The actor has also announced that Vinod Khanna’s brother Pramod Khanna has been roped in to play Chulbul Pandey’s father in the latest Dabangg film.

The film will also see Nawab Shah playing an important role. Reports say that actor Kichcha Sudeep will be portraying the role of the antagonist in the upcoming film. Dabangg 3 is directed by Prabhu Deva and is scheduled to be released on December 20, 2019.