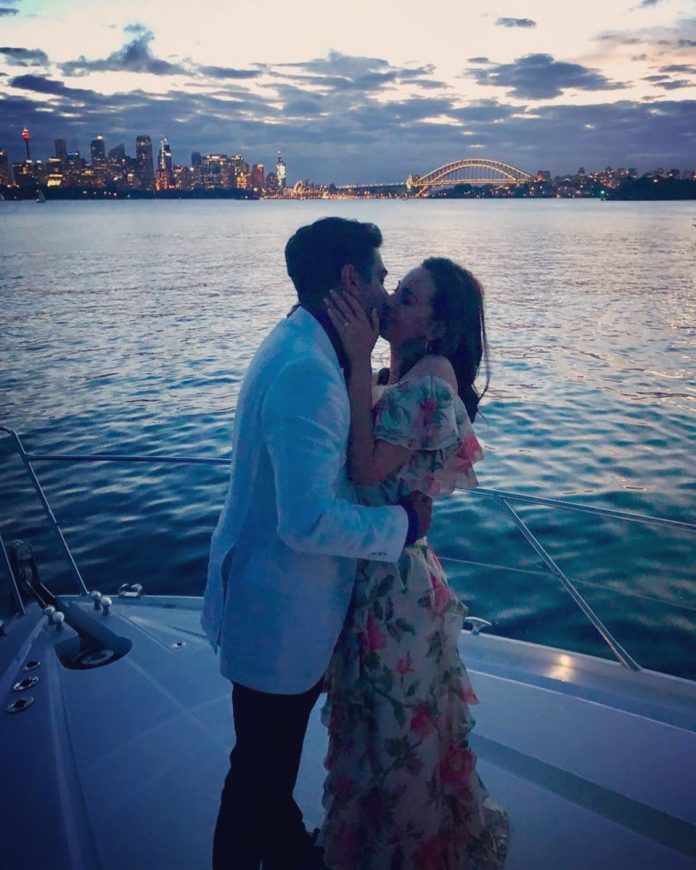 Model and actress Evelyn Sharma got engaged to her boyfriend Tushaan Bhindi, who is an Australia based dental surgeon and entrepreneur. Tusshaan proposed Evelyn at the Sydney’s Harbour Bridge. Evelyn and Tushaan dated for about a year.

The actress while talking to a leading daily expressed, “It was a dream come true! Tushaan knows me so well… his proposal was perfect!”. Evelyn also revealed that the two had met on a blind date in 2018 and got along well due to their mutual passion for philanthropic causes. The Yeh Jawani Hai Deewani actress clarified that they have yet to decide on a wedding date and would like to enjoy their time together for now.

Evelyn also informed that she is all set to shift her base to Australia. The actress was last seen in the film Saaho which stars Prabhas and Shraddha Kapoor. Evelyn has also played a few short roles in the films like Nautanki Saala, Yeh Jawani Hai Deewani and more. Nautanki Saala also stars Aayushmann Khurrana and Kunaal Roy Kapur.

Evelyn was earlier in news when she was stalked by a fan. Reports stated that she had wrapped filming for Saaho at Ramoji Filmcity in Hyderabad and returned to her hotel but found a van waiting outside her room.