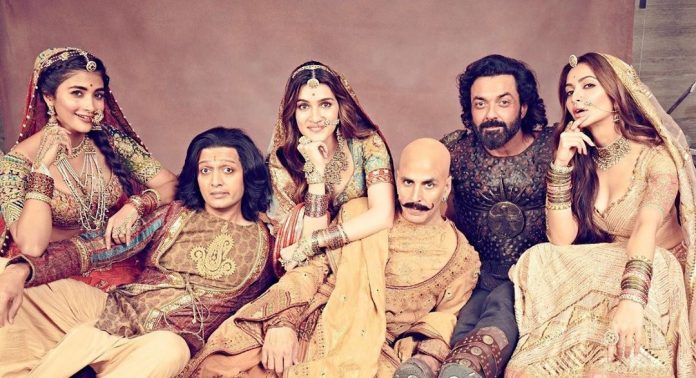 Multi-starrer laugh riot Housefull 4 released in theatres on October 25, 2019. The film opened with mixed reviews from the critics, but managed to make a place in the audience’s heart as it has got the box office cash registers ringing. In just four days of its release, Housefull 4 has collected 87.78 crores. The information on the box office collections was given out by trade analyst Taran Adarsh, who stated that the impressive performance of the film was also due to its release at the time of Diwali festival.

The film had a box office clash with the film Made in China, Saand Ki Aankh and Tamil film Bigil. Housefull 4 is the fourth installment in the Housefull franchise and has been directed by Farhad Samji. The film stars Akshay Kumar, Bobby Deol, Riteish Deshmukh, Kriti Sanon, Kriti Kharbanda and Pooja Hegde in lead roles.

The film was earlier directed by Sajid Khan, but he stepped back as the director after the MeToo allegations on him. Housefull 4 also starred Nana Patekar, who had also shot for a few portions but even he stepped down from the film due to MeToo allegations.