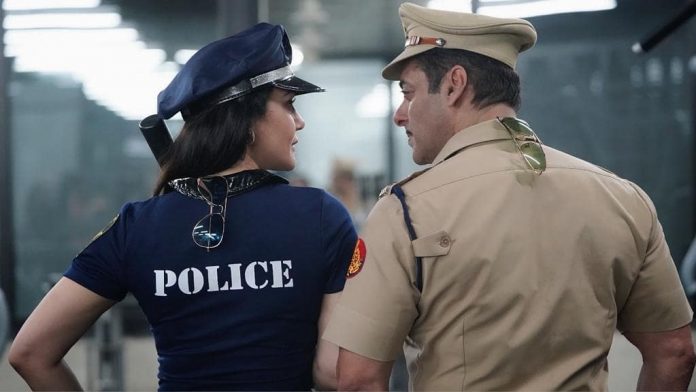 Salman Khan and Sonakshi Sinha starrer Dabangg 3 is something that the audience is waiting to be released. The official trailer that was released recently has got the audience even more curious. The audience can expect a few surprises from the film. Bollywood actress Preity Zinta took her Instagram account and shared a picture of herself with Inspector Chulbul Pandey, Salman Khan. The picture has shown Preity and Salman Khan looking at each other.

Both the actors can be seen in police uniforms and the signature aviator sunglasses. The caption by Preity also had # Surprise # Dabangg3 which has indicated that Preity might be seen in a cameo role in the film. The picture has surely left the fans excited. Some of the fans on social media predicted that the still could be from a song.

Not many details have been revealed about the picture , but if it is for Dabangg 3, then it will surely be interesting to see Preity Zinta and Salman Khan share the screen space again. The actors have earlier worked together in the film Chori Chori Chupke Chupke.

Dabangg 3 is directed by Prabhu Deva and is produced by Salma Khan, Nihil Dwivedi and Sohail Khan under the banner of Salman Khan Films. The film is all set to be released in theatres on December 20, 2019.