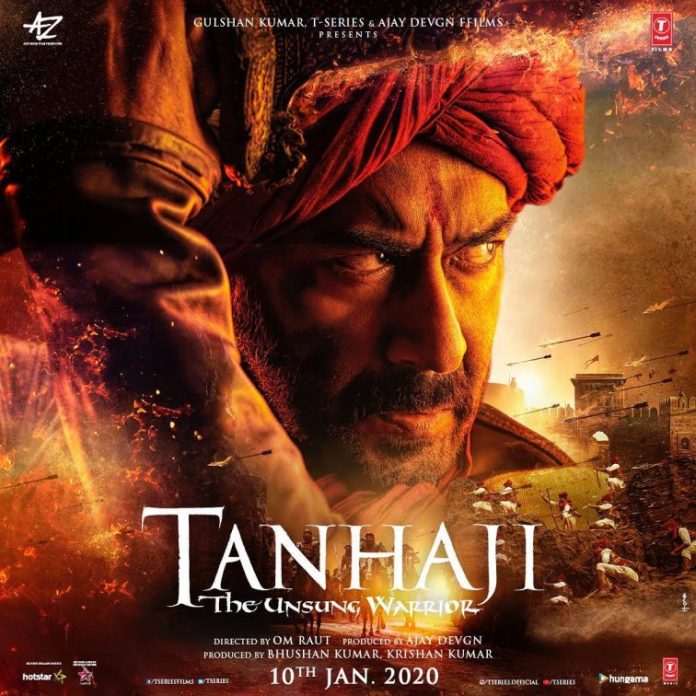 After unveiling the new poster of the upcoming film Tanhaji : The Unsung Warrior, the makers launched the official trailer. Apart from Ajay playing the title role, the film also stars Kajol and Saif Ali Khan playing important roles. Saif will be seen playing the role of Udaybhan while Kajol will be seen as Savitribai Malusare.

It can be said that the entire trailer is action packed with Ajay showing off the passion that lies in the heart of a Maratha warrior. Since the film will be released in 3D version, Ajay will be seen performing high octane stunts. The audience can expect plenty of entertainment with a story line that has been taken from the history that everyone is aware of.

The film is helmed by Om Raut and co-produced by Ajay Devgn, Bhushan Kumar and Krishan Kumar under the banners Ajay Devgn Films and T-Series. The music for the film has been composed by Ajay-Atul, Mehul Vyas and Sachet-Parampara, while the lyrics have been penned down by Swanand Kirkire and Anil Verma.

Tanhaji: The Unsung Warrior was earlier expected to be released on November 22, 2019 but the release was then shifted to December 27, 2019. The release date has been further delayed to January 10, 2020. The film also stars Sharad Kelkar as Chhatrapati Shivaji Maharaj and Luke Kenny as Aurangzeb.